This website or its third-party tools use cookies which are necessary to its functioning and required to improve your experience. By clicking the consent button, you agree to allow the site to use, collect and/or store cookies.
Please click the consent button to view this website.
I accept
Deny cookies Go Back
You are here: Home / Systems Thinking / Why Physics is Crucial for Understanding Global Business: the Network of Corporations 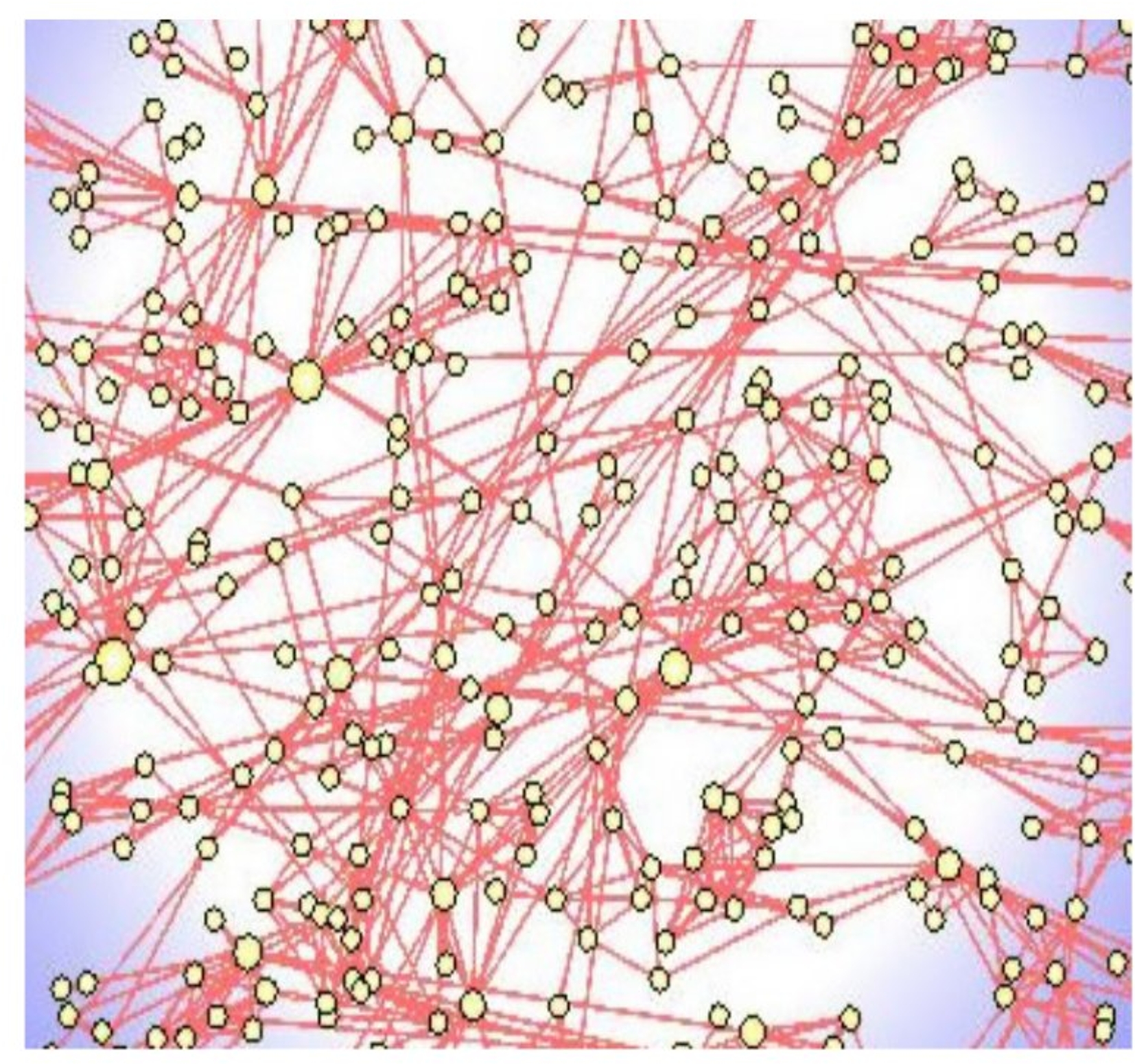 The entire world is in turmoil; people are on the streets complaining about the economy and the way politicians and experts are dealing with the crisis. The ‘Occupy Wall Street’ movement is gaining somewhat fuzzy momentum. Today they are organizing a march against Goldman Sachs in New York.

Is the corporate world intrinsically unfair? A recent study from the Swiss Federal Institute of Technology demonstrates that there is a complex network that links thousands of multinational companies and corporations, including banks. Out of the thousands of companies studied, 147 control 40% of the global economy. Is it a conspiracy? How can we understand what the implications are for us and, more importantly, what can we do about it?

The answer is Physics. Physics discovers and analyzes laws that govern our universe, like gravity. The behaviour of this complex network of corporations seems to follow a law known as the “power law”. We are now in the realm of Network Theory, one of the most promising contemporary fields of scientific research into how our reality works.

The very widespread and highly interdependent network of corporations and banks studied by the Swiss Institute has organically developed so that there are a few giant “hubs” that are linked to all the other nodes, i.e. the other less important and less influential companies, and the hubs control almost everything. This behaviour is exactly as predicted by Network Theory concerning directed networks, i.e. networks with a purpose. A network of airports is an example of a directed network, where certain airports become hubs, whereas the London underground is a simple network, i.e. not designed with a specific goal that affects how the nodes interact with each other. The interactions among the London Transport nodes are random. The network of corporations, instead, is directed because it has a precise goal: to make as much money as possible in the shortest time for the hubs.

The problem with a complex network like the network of corporations is that it is intrinsically unstable. In an environment without rules where each hub is focused only on its own gain (local optimum), pursuing its goal stresses the network up to breaking point.  This is what should concern us. If one of the hubs collapses it can mean disaster for the entire network. The interactions among the various elements of the network can cause highly complex, non-linear effects that can lead to the collapse of the entire network, as we have witnessed during current and recent economic crises.

There is no mystery to this, nor is it something impossible to predict. The fact that many economists consistently fail to understand risk or predict collapse only further proves the incorrectness of the mathematics they are using. This is particularly regrettable given that the science and mathematics to understand and predict these phenomena exist. The maths was developed by French mathematician Benoit Mandelbrot in the 1960s. Sadly, Mandelbrot’s work is largely ignored as the financial rewards are far higher for the misuse of maths in developing dangerous financial instruments, thus good minds are detracted from studying the kind of science that would instead contribute to global prosperity.

How do we prevent the network from exploding?

Allowing Goldman Sachs to grow exponentially as a financial power and award billions of dollars in bonuses in a time of global crisis may indeed be a question of ethics. The point we wish to make here is that it is also scientifically and mathematically unsustainable.

The only way to protect the entire global corporate network from instability is by introducing regulation. We need a set of rules to prevent the unbridled growth of certain nodes from threatening global stability. Unfortunately, this clashes with a profound American mindset regarding the freedom of markets. A belief in unlimited freedom without considering the implication for others is simply scientifically wrong and anachronistic, like thinking that the world is flat. But living with limits and regulations to avoid the collapse of a directed network is not a limitation of freedom. It is an act of intelligence – we cannot violate the laws of nature.

Current science allows us to understand that nature evolves not through competition, but through collaboration and cooperation. This is a long way from the winner-takes-all mentality of Wall Street, but it is the way nature behaves. Nature is not necessarily fair. There will always be richer people and poorer people. Nature is neither communist nor capitalist, but it cannot be violated at will without serious repercussions. When these repercussions are non-linear, we end up with a Tsunami that armies of economists do not see coming when all the geological evidence is there. If the Occupy Wall St movement arms itself with some serious science and maths, it will have an unprecedented opportunity to make its voice heard above the fuzzy noise.

P.S. To read further information about the relevance of Network Theory to business see our website page on Networks.