This website or its third-party tools use cookies which are necessary to its functioning and required to improve your experience. By clicking the consent button, you agree to allow the site to use, collect and/or store cookies.
Please click the consent button to view this website.
I accept
Deny cookies Go Back
You are here: Home / Systems Thinking / What Do We Mean By A New Economics? 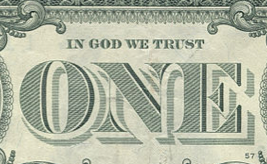 Best efforts and hard work, not guided by new knowledge, they only dig deeper the pit we are in. The aim of this book is to provide new knowledge.

Economics as a ‘political science’

A new knowledge was created by W. Edwards Deming for creating systems-based organizations. That knowledge calls not just for a new way of managing, but for a new economics. Economics belongs to the realm of the so-called “social sciences”. It aims at investigating the production, distribution and consumption of goods and services. Economics also concerns itself with the study of economies and how the players, the decision makers, act to guide economic choices.

At the most fundamental level, economics should pertain to the understanding of how to deal with the resources at hand and optimize their use for a stated goal. In this sense, economics is also a “political science” because the use of these resources should be guided by political decisions. (Indeed, politics should be guided by a philosophical vision, an ethical one, but this is another story).

Economics mimics science by developing models, economic models that should explain the economic outcome of certain decisions and these models are, or should be, inspired by a vision of the world. In recent decades, The Royal Swedish Academy of Sciences has instituted a Nobel Prize for Economics and several economists have been awarded for their models.

In summary: an economist, hopefully inspired by a vision of the world, develops models that should guide the economies of countries to an optimal utilization of their resources for a stated goal. Governments, hopefully guided by a vision, embrace economic models based on their adherence to their vision.

What are the assumptions?

Any model is based on a set of assumptions, it must be. When these assumptions are not verified and validated the model is bound to fail in providing the results it was designed for. Of course, the political circumstances of any democratic country change very frequently and the ability to translate models into effective policy making is always less optimal than one would wish; moreover, an increasingly interconnected world calls for increasingly complex models with assumptions that are harder and harder to validate. Indeed, governments are pressed to take actions and these actions have to accommodate for political agendas not necessarily driven by the vision that inspired the economic model. By the way, when time (and perceived risk/reward) comes into the picture and we slide into the field of “finance”, we witness the full potential of the prevailing economic paradigms as reflected in the models that, tragically, still today purport to create value.

If we continue the analysis of this chain of causes and effects we can understand why the world is experiencing the current economic situation. I would like to prompt the reader to broaden their view on what economics should be.

In the next post we shall look at some flawed models that have got us into our current economic crisis, and how we can take a new view on value and wealth.

This post was by Dr. Domenico Lepore, Founder of Intelligent Management, and is an extract from his latest book: Sechel: Logic, Language and Tools to Manage Any Organization as a Network of Projects

and our series on Systemic Management: