This website or its third-party tools use cookies which are necessary to its functioning and required to improve your experience. By clicking the consent button, you agree to allow the site to use, collect and/or store cookies.
Please click the consent button to view this website.
I accept
Deny cookies Go Back
You are here: Home / systems view of the world / Uncertainty and Choice: Quantum Mechanics for Leaders and Managers 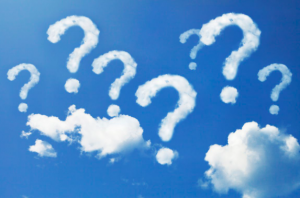 A recent article in ‘Scientific American’ has been getting some attention called ‘Quantum Epistemology for Business’. As two of our partners are physicists we have to have our say so here’s our blog post about business and quantum mechanics, by Dr. Giovanni Siepe.

Let’s be honest with ourselves: we don’t like uncertainty and we don’t like variation in everyday life. However, we can, and we must, live with both. But we can do much more than just put up with them when we understand them better and new science helps leaders and managers do just that.

Uncertainty is intrinsic to nature and it affects every aspect of our lives. In the real world of organizations, managers have to deal with uncertainty every day and they have to continuously cope with the pressure of making decisions. The difficulty of “choosing” is mainly due to our inability to predict what the outcome of our decisions will be. Moreover, the elements of reality that managers have to deal with are many and diversified. As a consequence, complexity comes into the picture and increases any discomfort we have about those predictions. Therefore, sometimes we prefer not to decide in order to keep all our options open  because until the moment when we do in fact act, all realities are possible.

However, we can reverse this way of thinking. While uncertainty leaves room for doubts regarding decision-making, it also allows you to determine reality. In short, we can say that managers have the power to determine the reality they want to live in. How is that true? To understand it lets take a brief look at Quantum Mechanics.

Deciding your own reality and Quantum Mechanics

Quantum Mechanics is one of the theories that has most influenced the way we now look at nature and, generally speaking, the way we look at the world. The theory is described by a set of (quite difficult) equations, but we can get the gist of it from a principle that, somehow, summarizes the philosophy behind it: the “Principle of Uncertainty” developed by Werner Heisenberg.

Briefly, the Principle states that we cannot know two complementary physical properties of a particle with “infinite” precision at the same time. For instance, we cannot know both the position and speed of a moving particle with infinite precision simultaneously. However, this is not an admission of defeat, as some people might think. After all, computers do work and Solid State Physics is based on Quantum Mechanics.

Quantum Mechanics also tells us that, when we make a measurement of the particle, we “affect” the result of the measurement, therefore we somehow determine and choose that reality.

This means that, until the moment in which we carry out the measurement, all realities are possible.

This is the theory behind the very famous thought experiment of Schrödinger’s cat.

Coming back to leaders and managers, let’s try to apply this principle in everyday life.

As we mentioned above, the difficulty of choosing is mainly due to our inability to predict what the outcome of our decisions will be. Moreover, given the complexity of some decisions, sometimes we prefer not to decide in order to keep all our options open because until the moment when we act, all realities are possible.

Uncertainty, as we said before, leaves room for doubt regarding decision-making, but it also allows you to determine reality, therefore leaders and managers have the power to determine the reality they want to live in.

For this reason, equipping managers with the appropriate tools to support their decision-making process will facilitate their work tremendously.

Decisions regarding a process

Let’s use an example; how should a manager act in order to improve a process?

Every process is a set of actions that repeat themselves in order to generate an output. This output is inevitably affected by variation. Therefore, the first step is trying to understand the nature of variation the process is affected by. Managers can use Statistical Process Control (SPC) very effectively to assess this.

They need to know that there are two kinds of variation:

– variation due to special causes

When the process is affected by intrinsic variation we say it is stable, it is “in control”.

When a process is affected by special causes of variation we say it is “out of control” (not stable). This means that its oscillation goes beyond the behaviour limits determined by SPC.

In this case, we cannot make any prediction about the output of the process and we have to act on the process in order to bring it back in control.

A tool for taking action

Once we have determined the nature of variation, we have to take action.

In the first case, a process affected by intrinsic variation, we might find the manager in a “dilemma”:

In the second case, a process affected by special causes of variation, we might find the manager in a “conflict”:

Do this – Do that

In order to come out of this situation of “blockage”, the Theory of Constraints (TOC) provides managers with a specific tool  to help them with the process of decision-making: The Conflict Cloud.

The Conflict Cloud is a logical-emotional tool that is built starting from two positions that are in conflict: it helps you identify the two basic needs we are trying to protect by desiring one position or the other, and it helps us surface all the assumptions that make the conflict look real and unresolvable. The conflict disappears when we challenge those assumptions and then invalidate the weakest ones.

In order to make the “right choice”, in order to determine our reality rather than simply put up with it, managers have to surface the assumptions they make about the reality they live in and they have to be willing to challenge those assumptions. This will give them the confidence that the outcome of their decisions is affected by a “predictable uncertainty”.

In conclusion, there are two basic elements that managers have to account for in order to deal with complexity and “determine” the results of their actions:

The tools of  Statistical Process Control (SPC) and the Conflict Cloud from the Theory of Constraints equip leaders and managers with the knowledge they can use to address uncertainty and shape reality with informed decisions.

Dr. Giovanni Siepe has a background in theoretical physics as well as many years of experience in industry with the Decalogue methodology that unifies managing variation and constraints . He is Partner of Intelligent Management, founded by Dr. Domenico Lepore.