This website or its third-party tools use cookies which are necessary to its functioning and required to improve your experience. By clicking the consent button, you agree to allow the site to use, collect and/or store cookies.
Please click the consent button to view this website.
I accept
Deny cookies Go Back
You are here: Home / Systems Thinking / The Transformational Power of TOC (Theory of Constraints) 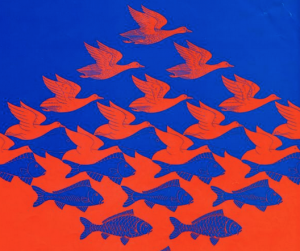 Once you have understood and experienced the transformational power of the Theory of Constraints there is no going back. It changes your life in ways that you might not have imagined. This is true for individuals as much as it is for companies and organizations. Where does that shift come from?

Today is the 4th anniversary of the passing of Dr. Eliyahu Goldratt who developed the Theory of Constraints. His theory has touched the lives of tens of thousands of people, including mine. For those who have read ‘The Goal’, his theory may seem essentially a way of improving production lines, of speeding up delivery and optimizing resources. But that is just the surface of it. We had the privilege of going much deeper, through our work with clients but also through a journey sparked by a conversation with Goldratt.

“How can I understand better what the Theory of Constraints is really about?” This was Domenico Lepore’s question to Goldratt when he was first introduced to him by Oded Cohen as an excellent student in 1995. They were at the conference at Cherry Hill, New Jersey. As a physicist, Domenico’s instinct was to dig down to the root of the matter. Goldratt’s answer left Domenico puzzled but set him on a path of investigation that transformed the scope of his work (and of our firm).

“Study the Talmud.” This was Goldratt’s answer, and Domenico at the time had no clue what that meant. When he realized it referred to the method of logical enquiry developed over hundreds of years of study of the Torah, it opened up a highway of understanding.  Goldratt was a scientist, but one who came from a distinguished family of Torah scholars and his thinking was imbued with that heritage. The more Domenico understood where this logic came from, the clearer it became that TOC was designed to improve performance in a way that has infinite applications. It stems from a mindset where it is our job to continuously work on improving the world, and the reason why we have that job is because all of us have the innate ability to do it.

TOC gives us the tools to tap into a higher intelligence, one that is based on the concept of unity and where divisiveness is an artificial barrier. The clearest example of this is in the Conflict Cloud, one of the Thinking Process Tools developed by Goldratt “to teach people to think”. The beauty of this tool is it exemplifies an inherent awareness of unity, and therefore conflicts only exist because of assumptions we make, and those assumptions are only mental models. It then becomes a straightforward task to challenge our assumptions and dig through to a breakthrough that already exists by removing the layers of assumptions that are covering it up.

This kind of discovery can be made by everybody, children and top executives alike, and Goldratt has given us the method. It reveals another fundamental principle, and that is one of self determination. Individuals and organizations have the ability to investigate their situation and design a way forward. This is real empowerment, beyond any lip-service or slogans. It means organizations can work as a whole to create their future again and again. This awareness goes well beyond improvement; it is transformational.

“This book is about transformation. People don’t want transformation, they want upgrade management.” This was the comment of Larry Gadd of North River Press, Goldratt’s publisher, when he first read the book he would go on to publish in 1999 as ‘Deming and Goldratt: the Decalogue’ by Domenico Lepore and Oded Cohen. Our experience has taught us that Larry, a wise man, was right and also wrong. Transformation is hard work. It requires individuals to take on the responsibility of their own lives and it requires leaders who are willing to allow real empowerment to happen and able to cope with empowered staff. But the alternative to real transformation that is founded on transparency, continuous improvement  and empowerment is an organization that chooses to be artificially constrained by its weaknesses.

The level of understanding of  TOC sparked by Goldratt’s comment to study the Talmud has helped us apply TOC within a scope that ranges from individuals and their personal blockages to getting to the heart of what is blocking an entire city. Only someone with the very special brain and spirit of Goldratt could have developed something so powerful, so deep and so effective.  We are ever grateful for his work.

Angela Montgomery Ph.D. is Partner and Co-founder of Intelligent Management, founded by Dr. Domenico Lepore.  Angela’s new business novel+ website The Human Constraint looks at how Deming and the Theory of Constraints can create the organization of the future, based on collaboration, network and social innovation.