This website or its third-party tools use cookies which are necessary to its functioning and required to improve your experience. By clicking the consent button, you agree to allow the site to use, collect and/or store cookies.
Please click the consent button to view this website.
I accept
Deny cookies Go Back
You are here: Home / Systems Thinking / Why you Need Theory, Not Tips, for Your Organization Today 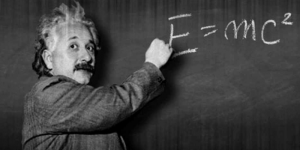 The world is full of tips on how to do things better. The problem is that without some solid theory behind you, those tips are just patches. Theory, you say? But we need something practical, don’t we? Well, here’s the thing. There is no such thing as good practice without solid theory to back it up. And by the way, theory is not the opposite of practice or something distant from reality, far from it. The buildings you live, in the planes you fly in and all the technology you enjoy would not exist without solid theory.

Theory is not the opposite of practice

Theory is at the basis of the scientific method and that is what has allowed our lives to evolve beyond the agricultural feudal systems of the middle ages. It started with Galileo and Newton. While Galileo was opposed by the church, Newton was encouraged as there were clear economic benefits for his nation in his discoveries. Newton’s theories began from the observation of phenomena, from which he was able to hypothesize the existence of general laws. His hypotheses were then tested and the achievement of consistent results meant that Newton’s hypotheses could be elevated to the status of theory. Thanks to this uniquely human ability to observe, conceptualize something into a hypothesis and then validate that hypothesis through experiment, mankind has developed an ongoing process to advance our knowledge of the universe and how things behave within it. Most recently we had the spectacular example of the Higgs-Boson elementary particle experiment that finally proved a theory postulated back in the1960s.

So when it comes to management, arguably one of the most complex of human endeavours, we cannot just rely on tips, even though there are thousands of books on the market that suggest we can. In reality, there are no short cuts. We need some solid theory to understand, predict and guide outcomes in the direction of an agreed-upon goal (and if something in the category of management theory does not have a level of direct applicability to achieve solid results then it is bogus theory.) Indeed, it is surprising just how many organizations muddle through without basing their work on a real understanding of human systems. What is worse is when people mistakenly deduce “general laws” based on their day to day practice. Experience alone will never be able to account for the multiplicity of variables involved in managing organizations. Complexity is the latest phenomenon that managers are generally not equipped to deal with because they lack the theoretical knowledge to build a practice on (and Business Schools are not teaching it.) They may try to “manage” complexity by breaking it down into pieces, thus completely missing the point.

Two of the greatest contributions to management theory that have been tested successfully in a vast range of organizations for decades are those of W. Edwards Deming, the founding father of the Quality movement and Eliyahu Goldratt who developed the Theory of Constraints. No amount of tips will allow managers to apply the depth of their work. Managers need to have a deep understanding of cause and effect and be able to predict the outcomes of their decisions and actions. It takes time, focus and determination to acquire that knowledge and be able to apply it effectively. Given that for all of us, our lives  and our future are influenced daily but the management of organizations for better or worse, why should we settle for less?

Intelligent Management are trusted advisors to leaders of organizations. We blog about how to shift your thinking towards broader, systemic possibilities for yourself and your organization. Sign up to our blog here. Intelligent Management provides education and training  on systemic management, W. Edwards Deming’s management philosophy and the Theory of Constraints  (Decalogue methodology) in North America and Europe.