This website or its third-party tools use cookies which are necessary to its functioning and required to improve your experience. By clicking the consent button, you agree to allow the site to use, collect and/or store cookies.
Please click the consent button to view this website.
I accept
Deny cookies Go Back
You are here: Home / Systems Thinking / Holacracy vs. Hierarchy? The Answer Lies in Managing Complexity. 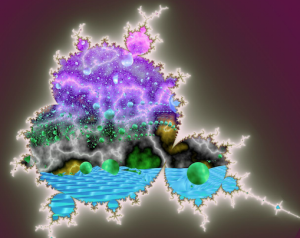 A recent article about the company Zappo’s relates how they have chosen a new organizational structure of holacracy that removes traditional managers and job titles. They  believe this new structure will allow them to grow in a way that is less rigid and bureaucratic. While this may be a move in the right direction from a systemic point of view, there are certain fundamental elements that have to be in place to make it work.

Changing the organizational structure for the better?

At Intelligent Management, we are all about changing organizational structure towards a systemic structure away from traditional hierarchies. We do this through the Decalogue methodology. So our attention was grabbed by a Washington Post article on how  Zappos, the online shoe retailer, is adopting Holacracy. Let’s take a look at holacracy as a model and some crucial elements that may be missing.

“At its core, a holacracy aims to organize a company around the work that needs to be done instead of around the people who do it. As a result, employees do not have job titles. They are typically assigned to several roles that have explicit expectations. Rather than working on a single team, employees are usually part of multiple circles that each perform certain functions.”

There is no doubt that shifting the emphasis away from power games and prestige of a traditional hierarchy towards focusing on getting the work done can only be a good thing. Countless hours of effort and brain power are wasted every day because people are forced into behaving in a way that does not have the goal of the company as its focus. Something very different is needed for our post-industrial age. Holacracy appears to fit the bill in its emphasis on process and away from silos towards multiple circles.

How do you deal with conflicts?

No matter how democratic or open your system may be, human conflicts always emerge on a day-to-day basis. Some are less relevant, others are major and crippling if not addressed.  The Conflict Cloud is a powerful tool for conflict resolution developed by Dr. Eli Goldratt. It provides not only an effective means for conflict resolution, but also a springboard for ongoing innovation by continuous examination of limiting beliefs and assumptions. (See Thinking Process Tools.)

Where is the constraint?

One of the main problems, from our point of view, is that this model pays no attention to the concept of constraint. Every system has one, and you may ignore it, but it won’t ignore you. When you ignore the constraint of a system, or pretend there isn’t one, you will inevitably end up with one or a series of bottlenecks in your work flow that are not being managed. This means your system us under-optimized and efforts are not producing desired results, not matter how hard people may try.

How do you manage the projects?

In an open and fluid system such as the one the holacracy model presumably creates, everything becomes a project. We are totally in line with that. What the Washington Post article quoted  rather loosely describes as multiple circles that perform certain functions, we would describe as a network of projects  (see our book Sechel: Logic, Language and Tools to Manage Any Organization as a Network of Projects in our Books section.) When Projects become the central focus, then an effective method for project management is a priority issue. The issues of delay and burgeoning costs that plague the majority of projects can be overcome through the Critical Chain algorithm that is central to the Theory of Constraints and the Decalogue management methodology.

How do you measure for improvement?

A system will not just spontaneously improve itself, and if it is not improving then it is degenerating. How can you monitor your processes for effectiveness and improvement? W. Edwards Deming developed the Plan Do Act Study cycle for this purpose. It is essentially the scientific method in action. Using Statistical Process Control, there is a precise tool known as a Control Chart that maps the behaviour of a process over time. Central to this approach is the ability to distinguish between special causes and common causes of points that show a process to be ‘out of control’. This ability avoids pointless tampering with the system and allows correct decisions to be implemented for improvement.

The Network of Projects

We can only applaud companies like Zappos as they recognise their need to evolve towards a different organizational structure. We hope they will be able to understand their nature as a network of projects, and their need for powerful methods and tools to govern their new reality. This is the future of sustainable organizations in our complex reality. Interesting times indeed.

Grateful thanks to Sven Geier for allowing use his fractal art.