This website or its third-party tools use cookies which are necessary to its functioning and required to improve your experience. By clicking the consent button, you agree to allow the site to use, collect and/or store cookies.
Please click the consent button to view this website.
I accept
Deny cookies Go Back
You are here: Home / Systems Thinking / Another Financial Crisis? Ethics and Wall Street Regulation 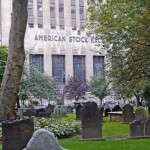 Today we learn that the Trump administration have just made an assault on financial regulation, announcing an ‘array of steps to tear down safeguards enacted to prevent a repeat of the 2008 financial crisis’ according to the New York Times. Described as a ‘gift to Wall Street’, the news leaves us speechless, so our blog post today is an excerpt from our novel set in New York that we wrote to both chronicle the last financial crisis and to explore an alternative for sustainable prosperity. This scene from ‘The Human Constraint‘ takes place in June, 2007.

“Sorry to interrupt!” May took her mug and slid into the nearest seat at the conference table. “Sounds like something exciting has happened.”

Lucas swiveled his seat around to face her. “Lisette has just been filling us in on some Wall Street news.”

“About your project? I keep an eye out every day for public updates and I didn’t notice anything.”

“No, May.” Lisette shook her head. “Nothing much has changed since you came here last week. We’re not making news just yet. But a big player is. Bear Stearns have just announced they have stopped paying redemptions. And you couldn’t even invest in that fund with less than a million! Unbelievable.”

May hesitated a second. “Sorry to sound dumb. I know I’ve been working on your case for over a month now, and I’m learning so much, but I’m just not up to speed with everything that concerns Wall Street. Can you enlighten me please?”

Nick picked up the thread. “That’s why we chose you, May. We want your fresh eyes on all this so nothing is taken for granted. That’s really key for the way we document what we’re doing here. And by the way, that introductory piece you sent us on Monday was spot on.”

May shifted back from the edge of her chair, relieved. “Thanks, Nick. But I still feel a bit awkward being the C student in the room. I wish I could spend more time on all this.”

Nick glanced over to Sam at the console who was putting some cookies on a plate. “No problem, May,” Nick said. “What Lisette is referring to simply means that Bear Stearns, a huge Hedge Fund where mega wealthy people have been investing, is in so much trouble right now it can’t give its investors their money back.”

“Wow. How did that happen?”

Sam carried his plate over to the table and took a seat next to Lisette. “You see, it’s like an iceberg. Underneath the tip there is something so much bigger that is hidden from the surface. And financial reporting, as the Enron scandal demonstrated, can cover a multitude of sins.”

Lisette rolled her eyes. “Well, everybody here is in favor of increased transparency, but thanks to the Enron scandal we now have to deal with compliance to the Sarbanes- Oxley Act, and we all know how much of our time and energy goes into that.”

It was as if someone had hit a pause button in the room. The name of Enron had clearly set off a cascade of thoughts. Enron. The poster child of innovation gone wrong. Diabolical financial engineering. Stock price exaltation and crash. Resounding ripples throughout the entire financial sector and beyond – gurgling out from the lofty heights of shiny Texas penthouse floors to the pension funds of teachers and firefighters, all interconnected.

May broke the silence. “Excuse my ignorance, but Bear Stearns is a hedge fund. Aren’t hedge funds supposed to make money for their investors?”

Lisette nodded. “Of course, but if their goal becomes simply to keep the fund in existence so the managers of that fund can maintain their compensation and their bonuses, then it’s easy to lose sight of the investors.”

May was still following her own line of reasoning. “But after something so appalling, like Enron, how is it possible that Bear Stearns has managed to trick its investors again? How could that happen?”

Nick linked his fingers in a prayer-like grip. “The sin of Bear Stearns was to expose themselves to too much risk. Unethical, but not illegal. Enron, instead, committed criminal fraud. Sarbanes-Oxley regulation acts as a safeguard against criminal actions, not unethical actions.”

May was still not satisfied. “So what good are the regulations, Nick? Doesn’t Bear Stearns prove that companies can still do terrible damage?”

“That’s why we use our methodology. To embed ethics into every action we take.”

Sam wiped his hands on a paper napkin. “For us, ethics are a part of the process, not an add-on. It’s a level of consciousness. You can’t regulate for that.”