This website or its third-party tools use cookies which are necessary to its functioning and required to improve your experience. By clicking the consent button, you agree to allow the site to use, collect and/or store cookies.
Please click the consent button to view this website.
I accept
Deny cookies Go Back
You are here: Home / Systems Thinking / Connecting in a Network? Its usefulness is all about affinity. 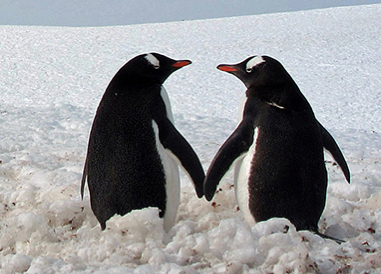 Is all that effort to make connections in a network a waste of time? Network theory has something to teach us about all that.

A lot of energy is consumed every day by people, groups, and organizations who frantically try to make as many connections  as possible. They do so for a reason: to increase their contacts and, as a consequence, their probability of communicating and exchanging information, services,  and products.

But this is not always a predictable effect. Why is that so?

The science of network theory and preferential attachment

We have come to understand that there is a very well known mechanism behind the growth of a network, and that is the “preferential attachment” mechanism.
In other words, node x will “choose” to connect more easily to node y instead of node z because node y is massively connected to other nodes, while node z is not. New developments in Network Theory show that the mechanism of “preferential attachment” can be understood in a different way.

It is important not just to consider the number of connections to every node but also the “affinity” between nodes to create an effective link. In other words, we can create as many connections as we like, with as many nodes as we wish, but if we don’t take into account the affinity factor, then  linkages will be weak, and the connections will turn out to be sterile.

An obvious example is Facebook. Do we prefer to connect to “popular“ people or to people we have some affinity with? We may have many connections and many friends, but an authentic and  regular communication will occur only with a limited subset of these connections. The rest of the connections will be inactive most of the time.

The answer is not without ambiguity, but “similar” nodes (those with some affinities) are much more likely to have stronger linkages and more effective interdependencies. This is the reason why often the hectic effort people make to connect with as many other people as possible does not bear fruit. Only the “relevant” connections, those that are created by affinity, will endure and produce some strong (real) linkages that contribute to the growth of the network. The “redundant” linkages will, sooner than later, become sterile, inactive, and will lie idle. The ability to recognize affinities becomes crucial for the growth of the network.

Process mapping and the affinity factor

It is not surprising, then, that we can recognize this very same mechanism when we engage in mapping out processes and interdependencies inside an organization. Dr. W. Edwards Deming used to say: “If you can’t describe what you are doing as a process,  you don’t know what you are doing”.

The Deployment Flow Chart (DFC) is the tool we use to describe processes and interdependencies inside an organization. A flowchart is a diagram that describes a sequence of events, activities, tasks and decisions that transforms input in a system, or process, into output. Flowcharts are therefore the key to the development of a proper understanding of where, how and if each link adds value within the chain.

When we start mapping, we identify the main interdependencies and the relevant nodes that make the system, or “organization”, work. Even if we acknowledge that the system is a whole, and that everything and everybody is somehow interconnected, we must avoid creating artificial connections among people, or between different processes.  We must only place relevance on the ones that really matter, i.e. those that connect nodes with “work affinity”, and that make the system effective, thus facilitating its growth.

The idea, or the attempt, to connect everything will make the organization look like a very complex, messy, tangled-up system that functions very ineffectively. It is not always true that more connections facilitate the growth of the network (or system). What is true is that the identification of the relevant connections, i.e. those that connect nodes with some affinities, does contribute to an effective growth of the network.

Operating a Systemic Organization: The Playbook

The Physics of Management: Network Theory and Us