This website or its third-party tools use cookies which are necessary to its functioning and required to improve your experience. By clicking the consent button, you agree to allow the site to use, collect and/or store cookies.
Please click the consent button to view this website.
I accept
Deny cookies Go Back
You are here: Home / Systems Thinking / Complexity and Leaders: Nixon, Frost, Bulworth and the USA Elections 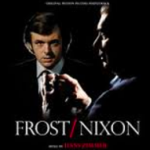 At Intelligent Management we all share a passion for the movies. Two of the movies shown on TV during this 2016 presidential election week shed light on the complexity of American leadership and politics. On election day we take the opportunity to share a few thoughts on contemporary politics and society.

Bulworth and the Ugly Truth of American Politics 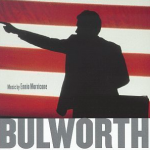 Bulworth is a 1998 comedy starring Warren Beaty as a financially ruined senator who decides to hire a hitman to kill him so his daughter can benefit from his life insurance.

His imminent demise gives Bulworth the opportunity to speak his mind in public. As he attends various public events and fundraisers he launches into verbal attacks on the corruption and hypocrisy of the political system and the inadequacy of healthcare.

Frost/Nixon and the  Power of the Media 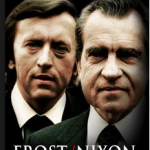 Frost/Nixon is a 2008 movie based on the 2006 stage play that portrays the real life series of interviews with President Nixon by British TV personality David Frost who stakes his entire career on the project. Nixon asks for a large sum of money and sees the interviews as an opportunity to restore his reputation. Instead, thanks to careful research work Frost succeeds where no one else did, getting Nixon to admit that he acted illegally during the Watergate debacle.

Frost’s career goes from strength to strength whereas Nixon  is destined to remain a controversial figure until his death.

What Bulworth and Frost/Nixon mean today

The relevance still today of Bulworth is remarkable. He is a kind of precursor Bernie Sanders figure whose straight-talking gains him popularity among the have-nots. Almost 20 years ago he was criticizing the polarization that is now so widespread, particularly after the financial crisis that could not have been imagined back in 1998.

The role of the media in the life of former President Nixon was always key, from losing against Kennedy because of his poorer performance on TV against the fresh young senator to revelations about Watergate in the press and the televised impeachment hearings. Nixon embodied the vertical career in shifting from a poor farm to becoming the most powerful person in his country. He was paranoid and wanted to control things by listening in to conversations he had no right to record. This was a basic misunderstanding and oversimplification of how reality works. 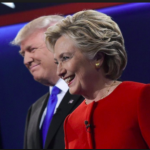 There is no doubt that this has been one of the most frustrating and alarming presidential campaigns of our contemporary times. Underlying the dissatisfaction is perhaps the deeper truth about modern democracy. Our reality today is so complex, so overrun with interdependencies we struggle to understand, that to try and govern through the same means we used centuries ago in Europe is perhaps no longer tenable.

On this subject, there is an interesting article that quotes Yaneer Bar Yam, founding president of the New England Complex Systems Institute, who offers powerful insight into sociological changes that are taking place due to complexity. See http://motherboard.vice.com/read/society-is-too-complicated-to-have-a-president-complex-mathematics-suggest