This website or its third-party tools use cookies which are necessary to its functioning and required to improve your experience. By clicking the consent button, you agree to allow the site to use, collect and/or store cookies.
Please click the consent button to view this website.
I accept
Deny cookies Go Back
You are here: Home / Systems Thinking / Words and Variation: Eliminate Misunderstanding 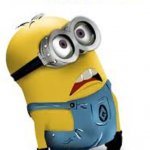 We all use words all the time. The problem is, the same word can have a variety of meanings for different people. If we want work to go smoothly it’s important to make sure that people can understand each other.

People who learn English in the UK and America all learn ‘English’ but there are notable differences. Playwright George Bernard Shaw famously stated ‘England and America are two countries separated by the same language’. It’s not just pronunciation, which can be radically different, but also the way words common to both countries are put together in a phrase. Languages, after all, reflect the culture they come from. I always remember being mystified when the American fiancé of a friend asked him to “Pop up the trunk, honey.” (A Brit would have said “Open the boot”.)

Do you understand each other?

In organizations and companies people may take for granted that they understand each other but words may well be tripping them up. Are you sure that everyone is using words to mean the same things? Even words like project and process can require an operational definition so everybody is on the same page. Then, of course, there are technical terms that everyone needs to be familiar with.

A very effective way to reduce the variation in communication that may be happening is to create a company glossary. This is especially useful for onboarding new employees. The glossary can also contain common acronyms as every sector has its own and people can feel awkward about asking the meaning if everyone else seems to already know.

In Italy, where this piece is being written, the country was divided up into various states with different dialects until the 19th century. There was no common language. After the Unification of Italy the ‘dialect’ of the Tuscany region made famous in the poetry of Dante became the common tongue. Apart from schools, national newspapers and television accelerated the adoption of what we today know as the Italian language. It allows everyone in the country to understand each other. Even people working in different departments in the same organization can be divided by language if there is no common agreement on the meaning of certain terms.

At Intelligent Management we created a glossary as a guide to the knowledge contained in the methodology.

The glossary has the double purpose of:

Does your organization have a glossary? Perhaps it needs one.