This website or its third-party tools use cookies which are necessary to its functioning and required to improve your experience. By clicking the consent button, you agree to allow the site to use, collect and/or store cookies.
Please click the consent button to view this website.
I accept
Deny cookies Go Back
You are here: Home / Systems Thinking / Structuring the Network of Projects: Emotions and Algorithms 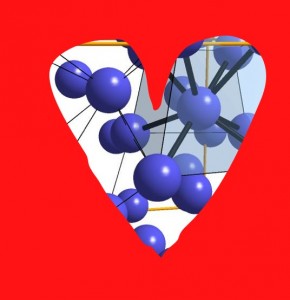 In this series we have illustrated our efforts to draw from network theory to enhance Deming’s Theory of Profound Knowledge  and Goldratt’s Theory of Constraints. As an organizational methodology, it is conceptually intricate and its implementation requires a deep understanding of the Theory of Constraints. We hope we have raised and answered some questions, and we encourage those who’d like to know more to read our book ‘Sechel: Logic, Language and Tools to Manage any Organization as a Network.’

Constraints and Hubs
How do we make a  network grow in a way that it can be managed? To answer that, we first need to understand the meaning of a constraint. Every system, by definition, has a constraint. What do we mean by a constraint? It’s a situation of blockage that artificially limits the performance of a system. A hub in a network grows according to a power law and quickly becomes a critical part of networks. However, for this hub to continue to remain vital for the life of the network, it is  important that the dimension of the  hub doesn’t become too big in proportion to the nodes, and the links among the network components should be solid (i.e. with limited variation and statistically stable) or the whole network will collapse. In this sense, a  hub could become a constraint.

So, in practical terms, how do we make a network grow in a way that can be managed? The partial answer is in developing people’s ability to think ( and think of themselves) as a part of a huge series of interdependencies rather than as part of an isolated organizational function. This is complicated because the human mind does not seem to be equipped to grasp the idea of interdependence.

As we have stated often, a hierarchy based on functions distorts the true nature of any organization which is inherently systemic, as most projects will involve several ‘functions’. When silos are encouraged in organizations they inevitably pursue their own goals and  local interests at the expense of the organization as a whole. Instead,  the inherently systemic nature of an organization needs to be surfaced through a structure of interdependent projects where all resources are either experts whose expertise is being called upon, or project managers who manage the project according to a finite capacity algorithm (Critical Chain).

Intelligent Emotions
The greatest obstacle in implementing the organization as a network of projects is that it goes against the grain with anyone accustomed to power gains or manipulating others to gain control. This is sadly far too often the way managers today progress up through the ranks.  In other words, this model does not pander to the baser mentality so much nurtured in the 1980s. It requires a more refined, more evolved mindset. The emotional qualities necessary to govern such a mindset and way of operating are often undeveloped in people.  Moreover, any reward system necessary to encourage people in this direction needs to be completely redesigned, as current models only reinforce the tendency for people to serve their own, or their own department’s, interests above that of the organization as a whole. So ongoing education plays a vital role in the roll out of this solution. Is it a Utopia? In our experience, with the right people (as this is not for everyone) this model harnesses and develops people’s true potential in a way no traditional model can.
It does also require a suitable information system, i.e. one that truly supports  what is needed to operate  a fast evolving and continuously changing network. This Information System should be guided by the appropriate finite capacity based algorithm as described by Goldratt in ‘Critical Chain’.

A major source of disconnect between a viable organizational system and current organizations is represented by the inability of capital and operations to operate according to a common goal. This is mainly due to distortions that traditional accounting and finance bring to business. Our hope is that even in the world of finance, a more intelligent approach can be developed once it is understood that in the long run, when the deal is always I win- you lose, nobody really wins. This is the greatest challenge.

See also in this series:

Sechel: Logic, Language and Tools to Manage Any Organization as a Network of Projects