This website or its third-party tools use cookies which are necessary to its functioning and required to improve your experience. By clicking the consent button, you agree to allow the site to use, collect and/or store cookies.
Please click the consent button to view this website.
I accept
Deny cookies Go Back
You are here: Home / Systems Thinking / Build Your Organization On Projects to Radically Improve Performance 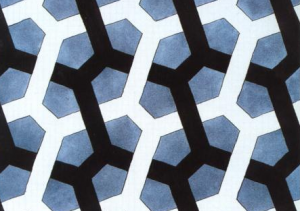 Competencies not power, common goal instead of function/silo results, these are the elements of an organization built on projects.

We all know that what matters is the global (overall) bottom line of any organization. And yet, when we measure performance, we connect it with functional, i.e. silo results. How do we come out of this seemingly irreconcilable conflict? We do it by asking ourselves what company functions are for, and uncovering the obvious truth: functions should house competencies, not power.

Not functions but resources

Engineers, accountants, scientists, subject matter experts, sales people, none of these should be considered as belonging to a “company function”. Rather, they should be seen as valuable competencies that can be deployed for the goal of the whole company. These resources, ALL the resources, should be available for whatever “project” the company needs to accomplish.

As we saw in our last post, once we recognize that we can see everything an organization does as a project, either projects that repeat, like book-keeping, or one-off projects like a communication campaign, then we enter a whole new reality. We have found the key to overcoming the artificial blockages and delays of an organization based on hierarchy and silos.

The organization is a “network of projects”

What we are saying is that any company should be seen as a network of projects with the global goal of maximizing the Throughput of the company. We have come to understand that the Critical Chain algorithm from the Theory of Constraints  developed by Dr. Goldratt for project management can be used for much more than just managing projects. It can be used to maximize the use of the finite resources of a company. As a matter of fact, this algorithm can be used to redesign the way any company works. Critical Chain becomes, then, much more than simply an algorithm to accelerate project completion; it is the vehicle to integrate, control and deploy the resources of the organization.

Any organization develops very naturally as a network of interdependent components. What makes this network a system, as opposed to an assembling of efforts, is the definition (and the adherence to) a common goal. In other words, when people start collaborating for a common goal, the interdependencies necessary to achieve it can be very easily identified. The inherent conflict in any organization is whether or not to adopt a hierarchical structure. The hierarchical structure satisfies the need for control but has the major drawback of artificially impeding the free flow of processes and communication. What is the alternative? By recognizing that any organization is, in fact, a network of projects, an organization can maximize its potential and continuously improve. In our next post, we will look at this solution more closely.