This website or its third-party tools use cookies which are necessary to its functioning and required to improve your experience. By clicking the consent button, you agree to allow the site to use, collect and/or store cookies.
Please click the consent button to view this website.
I accept
Deny cookies Go Back
You are here: Home / Systems Thinking / Perception and Risk 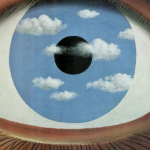 Our brains really struggle to be rational. This is a big problem when it comes to management and making decisions, especially decisions about risk. What can we do about it?

The human mind is unable to process probability. It’s a scientific fact proved over the last 20 years in a slew of publications (and the motivation for a couple of Nobel prizes).  Mathematical psychology has provided plenty of examples of perception-induced “cognitive tunnels” i.e. the difficulty of our mind to act “rationally”. Anyone who is serious about Quality is well aware of those studies. (See Kahneman and Tversky on Heuristics and biases).

“Bias” is the all-too-human ability to generate ideas based on “perception” rather than facts. Simply stated, our mind seeks the simplest scenario it can handle and forms an idea, a thought, based on the elements it has available. Once formed, it becomes very difficult to get rid of that idea. There is nothing we can do about it, except realize that this bias exists and then work methodically to highlight it.

In the Theory of Constraints (TOC) these biases are called “assumptions”. They are the mental models we have built about pretty much everything, and they shape our perception of the world. These assumptions ARE our reality.

The biases associated with the management of risk take many different shapes, very often connected with our past experiences and the synaptic makeup they have created. The most powerful way to validate these biases is to look at them; verbalize (and visualize) the network of cause and effect relationship that we believe will be triggered by taking (or not taking) certain decisions.

In order to facilitate the unveiling of these often hidden mental models/assumptions/biases, TOC provides a set of Thinking Processes Tools.

In particular, when assessing a potential risk associated with the outcome of an action (or process) we can use a tool called “Negative Branch Reservation” or NBR.  (See illustration of NBR). This is a Cause and Effect (sufficiency) Tree that starts at the bottom with a new idea and develops the logic that states why a negative outcome is unavoidable. This is an invaluable tool in the process of decision making within a team.

Our brains on risk

We began by stating that the human brain struggles to be rational. If this is the case, we need to adopt a practical strategy. In a previous post we mentioned Statistical Process Control in connection with risk. When we use Statistical Process Control (SPC) and NBRs in the context of risk management we provide ourselves with a basic framework to make “intelligent decisions” regarding risk. However, there is a risk even in this practice: it takes away all the wonderful drama some people might actually enjoy.

(By the way, SPC is NOT based on probability, although many pundits will want you to believe so)

Risk: The Crippling Cost of Fear

Angela Montgomery Ph.D. is Partner and Co-founder of Intelligent Management, founded by Dr. Domenico Lepore.  Dr. Montgomery’s new business novel+ website  The Human Constraint looks at how Deming and the Theory of Constraints can create the organization of the future, based on collaboration, network and social innovation.