This website or its third-party tools use cookies which are necessary to its functioning and required to improve your experience. By clicking the consent button, you agree to allow the site to use, collect and/or store cookies.
Please click the consent button to view this website.
I accept
Deny cookies Go Back
You are here: Home / Systems Thinking / Why We Need to Understand “Constraint” in 21st Century Organizations 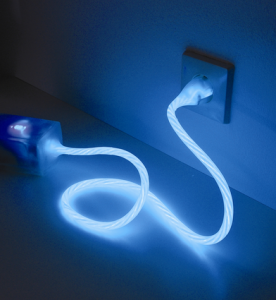 Today’s post looks at ways to understand what “constraint” means for an organization and why we need to identify it and manage it in 21st century organizations. This is an extract from the new business novel + website, The Human Constraint.

May opened the window of her apartment to let in some fresh air. The morning was still cool enough to do without air conditioning, and she preferred the familiar Brooklyn buzz of constant traffic to the mechanical groan of her old AC unit. She needed more clarity for the executive summary she was working on for TPK holdings. Her notes so far were solid. She understood the background of the team, their expertise and how they had come together in a previous project. There was a systemic methodology and philosophy behind everything, but she wanted to be able to convey more clearly what they meant with the idea of a constraint. How exactly was that so central to their solution?

She sat back down at her desk and moved a pile of books to the floor to make room for her notepad. They were books about modernist poets and they weren’t useful for writing about TPK. As she looked down at the names of the poets, it struck her how in contrast their writings were to what Sam talked about. Woolf, Yeats, TS Eliot, they all spoke about fragmentation, about a centre that couldn’t hold, a worldview ravaged by war where things no longer made sense. How could anything make sense after all the horror? Sam, instead, had a very different vision. He talked about a world where everything was connected and you could make things whole. If that were true, it was an exhilarating thought. It meant that underneath everything, instead of there being fragments, the way the poets wrote, there was actually unity.  And if that were true, then surely it meant there was potential for humans to be more united and equal. The more she thought about it, the more she realized it was revolutionary in its own way.

Perhaps revolutionary was not the right word. Everything Sam told her was based on increasing knowledge about nature, so perhaps a better word was evolutionary. And surely, the more this knowledge emerged, the more human behavior could reflect it. He‘d explained how most organizations were artificially fragmented into pieces. The very language they used was about “divisions” and “functions” that were considered separate. The reality underneath it all, he said, was quite different when you understood it. He’d used the analogy of an x-ray, that if you could look beneath the surface of a company, you wouldn’t see separate parts, but a series of processes that were all interdependent. A bit like the nervous system of a living organism. Only most people didn’t get that. And so they kept imposing a divided hierarchy because they thought it was an effective way to control people and their actions. But the more people were able to recognize how work was a flow and how actions were connected to each other, the more those interdependencies could emerge and become an increasing strength, an increasing source of resilience.

“So the constraint is what transforms potential into energy?”

“Indeed. It’s called self-determination. We can’t control every little thing of course, because reality is too complex, but we are free to choose to avoid repeating behaviours that worked in the past but not any more. We need to use new knowledge for the 21st century.”

Angela Montgomery PhD is author of the new business novel+website ‘The Human Constraint’.
Inspired by real life events, this book explores a systemic approach to management and how that can lead to a new economics for sustainable prosperity.