This website or its third-party tools use cookies which are necessary to its functioning and required to improve your experience. By clicking the consent button, you agree to allow the site to use, collect and/or store cookies.
Please click the consent button to view this website.
I accept
Deny cookies Go Back
You are here: Home / Systems Thinking / Why University Grades Are Inhibiting Learning 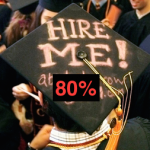 Every student that has attended courses at University is familiar with the “grading system”. Parents are accustomed to watching and supporting their kids in their continuous effort to “achieve” (i.e. get the best grade). But what, exactly, is the objective of grading students? Especially when leading universities don’t seem to understand the mathematical implications. Dr. Giovanni Siepe takes a look at what’s wrong with this model.

The grades and performance fallacy

On the website of a leading North American University there is a short page where the “logic” of their grade system is clearly explained:

So everybody is warned, life will be tough here.

There are many reasons why this is all wrong, both psychologically and statistically.

Let’s go back to the basics: why does a young adult attend University?

Usually one does so in order to learn and to equip himself/herself with all the necessary cultural and technical tools to perform and innovate in the real world, and to prepare to face the increasing difficulties in a continuously more complex environment.

So why do we give university grades at all?

In my opinion, though long before me this was expressed by Dr. W. Edwards Deming, giving grades is useless.

The teacher assesses the performance of the student by assigning a number to it, according to some arbitrary scale (see the above statement from the Very Important University).

The only rational reason for a university to provide a student with a grade when they leave is because the grade is supposed to give an indication, for example to employers, on how the student will do in the future (prediction). The assumption is: the higher the grades, the better that student’s performance will be in the future.

Unfortunately for both the teacher and the student, predictability works in a different way.

A few remarks about the fallacy of the traditional grading system

Second, making a statistically significant “prediction” about the future performance of a student is extremely complex, if not practically impossible.

In order to try and do that we should have a defined and established process, and a clear “variable” to measure: a set of actions repeated over time to perform a task (for example, the same exam test repeated 30 times on a regular basis). I believe this is impractical, not to mention useless.

What’s more, grading a student, as Dr. Deming says, means attaching a  permanent label to the person. This label could facilitate or complicate their access to the job market. But the use of “average grades” does not guarantee that any person would perform better or worse on different subjects (or activities) than those relevant to his/her University program.

In a system like the present one, students are more focused on achieving the best grades rather than actually learning.

We should encourage cooperation among students and nurture their desire to learn, rather than encourage competition and grade comparison. The aim should be continuous improvement and learning rather than obtaining a better grade.

A small remark, in conclusion, on comparison among Universities. What is the point of comparing them on the basis of an “average grade”? Do we have an “absolute” scale? Is giving a lower average a sign of “seriousness” and “reliability”?

I recall that about 100 years ago Albert Einstein got rid of “absolute rulers”, but evidently, in spite of our “supposedly” high grades, we have forgotten that particular lesson.