This website or its third-party tools use cookies which are necessary to its functioning and required to improve your experience. By clicking the consent button, you agree to allow the site to use, collect and/or store cookies.
Please click the consent button to view this website.
I accept
Deny cookies Go Back
You are here: Home / Systems Thinking / When 1 + 1 Doesn’t Equal 2: Understanding How Combined Efforts Affect Overall Performance 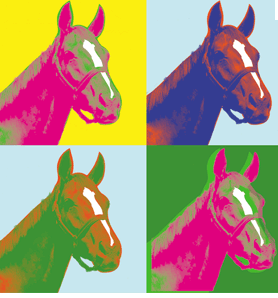 What happens when more than one person or more than one entity work together in the same direction? Is the result just the simple sum of their efforts?

What happens when more than one person or more than one entity work together in the same direction? Is the result just the simple sum of their efforts? The answer to this question is yes, but ONLY when the elements involved are independent of each other. In the theory of systems, the global “performance” of any collection of entities that are NOT interconnected is simply the sum of the single performances.

The situation changes drastically when you have a set of facilities that inter-depend. The interdependence is manifested in the exchange of products/services between the different facilities. This exchange generates a global performance that is affected by the variation and co-variation associated with the “exchange process”, and by the combined effect of the different “efforts” of the single facilities. Due to the highly non-linear nature of this process, the global performance of the system cannot, and will never be, the simple sum of the single performances.

How do we ensure optimal performance?

Since we do not know in advance the nature of the variation and co-variation we are dealing with, technically speaking we don’t have any “tool” that can predict the performance of the system. The combined effect of the different effort can generate a performance that is even better than the sum of the single performances.

The solution to the “optimal performance” problem has various  aspects, and they form the foundation of any attempt to manage an organization systemically. They consist in:

Let’s take a brief look at these:

1. Understanding the System
First we have to understand the system. What does that mean practically? It means we have to design the interdependencies. We do this by mapping out all the processes with the aid of Deployment Flowcharts.

2. Understanding the Variation that affects our processes

We need to understand the nature of the variation associated with any process we operate.  We can do this by using Statistical Process Control, and we stabilize the processes and work toward the reduction of the associated variation through process improvement.

3. Synchronizing the System
Once the processes are stable, we synchronize the system by subordinating each part of it to a well chosen constraint. In this way we focus the work of the organization towards a common goal   instead of focusing on individual, “local” goals as this leads to sub-optimization.

In order to give a visual example, the result we obtain is similar to the sum of vectors. What would be the effect of two horses that are pulling a load but are heading in different directions instead of the same direction? The individual effort is the same, but the combined effort is different, depending on the directions they head towards. The more they pull in the same direction (common goal), with minimum diversion (low variation) and in synch, the greater the combined result. We need to design our organizations systemically to make sure that happens.

Why a Software Can Never Manage a Company

Transforming Industry with a Systemic Approach

Operating a Systemic Organization: The Playbook

The Physics of Management: Network Theory and Us