This website or its third-party tools use cookies which are necessary to its functioning and required to improve your experience. By clicking the consent button, you agree to allow the site to use, collect and/or store cookies.
Please click the consent button to view this website.
I accept
Deny cookies Go Back
You are here: Home / Systems Thinking / The Rabbi, The Sales Expert and the Good Wife – the Power of the Authentic Network 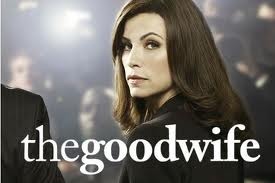 What do a Rabbi, a Sales Expert and The Good Wife have in common? The problem of an authentic network.

During the same day, a conversation with a rabbi, a talk by a sales expert and an episode of TV series ‘The Good Wife’ all had something in common: authenticity and how it affects our interactions.

In a very effective talk given by sales expert Joe Girard, he stressed the importance when networking of making an authentic connection with people. This means not just waiting for an opening to push your own CV and agenda, which many people will tend to do at a networking event. Instead, the only kind of network worth having is one made of genuine relationships. This means we must develop the ability to communicate not just what we do but our beliefs and values. We must also have the ability to listen to the other person and understand what opportunities there are for us to be of assistance to them. The same is true when selling. This is a very different mindset from simply trying to convince people to buy a product in an artificial way. it requires being true to who you are and what you stand for.

The Good Wife and the Robot

In the episode of ‘The Good Wife’, a case is argued involving the use of a ‘social bot’ that pretends to be human and is programmed to pick up information and feed it in order to drive traffic to a website. Human beings using the internet can be duped into thinking that a person is expressing a view or passing on information when, instead, they are simply seeing the result of an algorithm. Clearly, there is no authenticity here.

The day had started with a conversation with Rabbi Meir Kaplan about interpretation of the Torah. He explained that when someone on a plane had tried to engage him in a conversation about a passage in the bible, he asked the person if they read Hebrew. As they did not, how, he asked, could they be sure about the authenticity of the interpretation when they did not have access to the original source?

The Future of the Internet

Given that we spend so much of our lives now on the internet, the problem of authenticity is increasingly relevant. When we interact with people on a social network such as Facebook, we have no assurance that they are who they say they are. The concept of privacy is moot. Mark Zuckerburg has stated that he does not value privacy. Facebook users will always be in doubt as to what actually happens to their personal data.

The internet has given us the freedom to interact and collaborate with a network beyond our wildest dreams just 15 years ago. Never before have we had so much access to so many people. The potential for creativity and markets to develop is infinite. But the dangers have also increased exponentially. We risk exposure to fraud and other crimes in an unprecedented way. If we truly believe in the value of authentic communication and respect for privacy, then we need an internet that provides not just access but security. The solution cannot be in policing, but in authenticity. When we are able to communicate through the internet in a way that guarantees the authentic identity of those we are interacting with, we will have achieved a new level of collective intelligence through the internet. That is a project worth developing. We will have further news on such a project in future posts.