This website or its third-party tools use cookies which are necessary to its functioning and required to improve your experience. By clicking the consent button, you agree to allow the site to use, collect and/or store cookies.
Please click the consent button to view this website.
I accept
Deny cookies Go Back
You are here: Home / constraint / The One Principle You Cannot Ignore for 21st Century Business Success 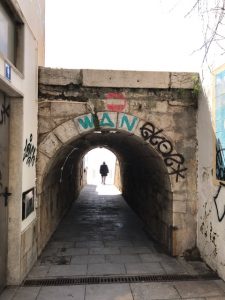 There is one universally valid principle that no business can ignore to achieve success and sustainable growth, highlighted in the following extract from the business novel ‘The Human Constraint’, www.thehumanconstraint.ca bought in 40 countries so far.

May looked at her notes again. She had to get things right for the article about the new way that  TPK holdings was organizing itself and operating. She wanted to be able to convey more clearly what they meant with the idea of a constraint. Sam, had  explained how most organizations were artificially fragmented into pieces. The very language they used was about “divisions” and “functions” that were considered separate. The reality underneath it all, he said, was quite different when you understood it. He’d used the analogy of an x-ray, that if you could look beneath the surface of a company, you wouldn’t see separate parts, but a series of processes that were all interdependent. A bit like the nervous system of a living organism. Only most people didn’t get that. And so they kept imposing a divided hierarchy because they thought it was an effective way to control people and their actions. But the more people were able to recognize how work was a flow and how actions were connected to each other, the more those interdependencies could emerge and become an increasing strength, an increasing source of resilience.

“So the constraint is what transforms potential into energy?

“Indeed. It’s called self-determination. We can’t control everything little thing of course, because reality is too complex, but we are free to choose to avoid repeating behaviours that worked in the past but not any more. We need to use new knowledge for the 21st century.”

When she put the phone down, May felt as though she were standing in front of an open door leading to something unknown but desirable. She felt free, in the flow of thinking and processing, to imagine an unexpected future. It made her almost giddy.

Since 1999, we have been presenting a new model for a systemic organization in detail, both in terms of the thinking behind it and how to conduct operations. We work alongside CEOs and Executive Teams to support the shift towards more effective, systemic strategy and operations. Our books include ‘Deming and Goldratt: The Decalogue‘, ‘Sechel: Logic, Language and Tools to Manage Any Organization’, ‘The Human Constraint‘ and most recently,  ‘Quality, Involvement and Flow: The Systemic Organization’ .  We support our international clients through education, training and the Ess3ntial multi-project software using Critical Chain to schedule competencies and unlock the potential of human resources. Based on our proprietary Decalogue methodology.