This website or its third-party tools use cookies which are necessary to its functioning and required to improve your experience. By clicking the consent button, you agree to allow the site to use, collect and/or store cookies.
Please click the consent button to view this website.
I accept
Deny cookies Go Back
You are here: Home / Archives for retail 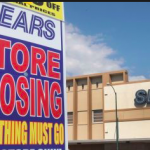 The speed of the change that digitization is bringing is dizzying. It is forcing companies to think  hard about the very meaning of the way they do business. Old models are no longer valid and businesses need to catch up fast or lose market share and opportunities. Consolidated experience that had a high value suddenly […] 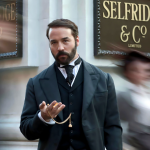 The Wall Street Journal hailed the ‘Mr. Selfridge’ TV series as “addicting”. It elaborately tells the tale of Harry Selfridge, the American retail king of London who brought the department store to unprecedented success at the beginning of the 20th century. The Selfridges store remains today a hallmark of upscale London retail. But what would […]