This website or its third-party tools use cookies which are necessary to its functioning and required to improve your experience. By clicking the consent button, you agree to allow the site to use, collect and/or store cookies.
Please click the consent button to view this website.
I accept
Deny cookies Go Back
You are here: Home / Systems Thinking / The Secret of Sustainable Wealth? It’s Not What You Think 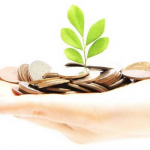 Most people would like to be rich. After all, isn’t that the secret to happiness? The fact that in the wealthy First World increasing numbers of people struggle to get by, never mind thrive, is a major conundrum of our times. What if there were something that every single one of us can do to help?

There is. It’s called donation. Not just now and again, when we feel like it, but systematically and consistently. It’s something I learned on a practical basis while living in New York, one of the most extreme places in the world when it comes to those who have and those who don’t. It’s a place where lavish charity galas coexist with food banks and destitution.  Stylish charity bashes can raise  significant sums. They are also fun for the attendees, and they may in certain cases be the only way to get some people to make donations. They also feed into the support industries of event management and fashion. They give people an opportunity to feel good about doing good. And that’s all, well, good.  However, they are a highly inefficient way of donating. I am not bashing charities or fundraising. I am suggesting there is a better way.

Is donating a way of being good?

What if donating is not about being good? What if it’s actually an intelligent way of making sure our system/community yields its maximum? What if it’s a way for everyone to become richer?

From a scientific point of view, we can see it as the most intelligent way of governing the flow of wealth. We are all interconnected.  In any system, too much divergence among the elements making up the system creates turbulence. Too much turbulence breaks the links among the elements of the system. The huge gap between the have and have-nots of any society creates social turbulence. This is in no one’s interest. Interdependencies exist, and no matter how wealthy a person is, they cannot extricate themselves from those interdependencies.

The experience of only taking from society in order to create personal wealth is thermodynamically impossible. You cannot create wealth from nothing, although the speculators of Wall Street are convinced of the opposite. Eventually, the entire system is impoverished.

Donating, instead,  scientifically defuses the lose-lose negativity of the winner-takes-all mentality. Not only that, by enriching the entire system, we guarantee an ever larger market for the goods and services we create that make us wealthy in the first place.

But the most effective form of donation cannot be the result of a whim or a surge of emotion, guilt or vanity inspired by occasional stimuli or one-off events. In order to really work it needs to be structured and continuous. Tithing of income, for example, for those who already have more than their basic needs is one way to achieve this on a planned and systematic basis.

What if we consider charity to be beyond donation and “doing good” and instead as a form of justice, i.e.  simply doing what is right? What if we consider wealth to be something that we all share because we don’t really “own” anything, we merely have it on loan for the duration of our lives? A wise person once said that we should always give charity, and when the going gets tough, instead of holding back, we should give even more. Anyone who tries this might be surprised to discover that they can afford it. It’s not magic or mumbo-jumbo; when someone adopts the attitude of always being able to afford to give to others, no matter what, they cultivate a mindset of growth that pays dividends, sometimes even in real time.

Charity bashes are optional and there is no harm in them, but donating systematically and consistently, both for individuals and organizations, is a pathway to intelligent, sustainable wealth and well-being.