This website or its third-party tools use cookies which are necessary to its functioning and required to improve your experience. By clicking the consent button, you agree to allow the site to use, collect and/or store cookies.
Please click the consent button to view this website.
I accept
Deny cookies Go Back
You are here: Home / Systems Thinking / Science = Innovation? 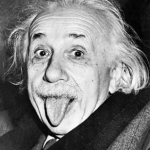 Today’s blog post is by Intelligent Management team member Dr. Giovanni Siepe, a theoretical physicist by training and an expert in statistical methods for management.

The scientific community is still looking for confirmation of a seemingly revolutionary scientific discovery: neutrinos travel at a speed faster than light. An experiment was conducted where neutrinos were “shot” from the CERN laboratories, in Switzerland, toward the Gran Sasso laboratories, in Italy, where sophisticated instruments intercepted their “flight”. The measurements have shown that neutrinos covered the distance, 730 Km, in a time that is 60 nanoseconds less than the time the light would have taken to cover it.

The question we pose here is: is this innovation?

Scientists are struggling with this one. Is it a measurement error or something really revolutionary? If revolutionary, we are faced with a profound change in the way we have come to see the universe ever since the Special and General Relativity theories developed by Albert Einstein at the beginning of the 20th century.

Let’s assume that the results of the experiment are valid. This then goes beyond innovation to total paradigm shift. We should reconsider what we think about space, time, and space-time. Inevitably, new theories and experiments would arise giving birth to new disciplines and, as a fall out, new technologies.

What if the experiment is proved wrong?

The present scientific community that is working according to “traditional” theories to get more profound insights into the universe will be able to continue their careers with something they know, presumably, better than before. What really matters is that the mere fact that the whole scientific community has been hit by this news will allow scientists to imagine new experiments and new possibilities that were previously unimaginable as a result of the work to invalidate/validate the experiment.

This is how science progresses, from negative and positive results.  I’m not saying  we have to launch ourselves into the pursuit of something new for the sake of it. What is important to take away from this is that from a “negative” experiment as well as from a “positive” one, we gain the possibility to make new links, develop new linkages, close some gaps, create new synapses, and thus to “innovate”.