This website or its third-party tools use cookies which are necessary to its functioning and required to improve your experience. By clicking the consent button, you agree to allow the site to use, collect and/or store cookies.
Please click the consent button to view this website.
I accept
Deny cookies Go Back 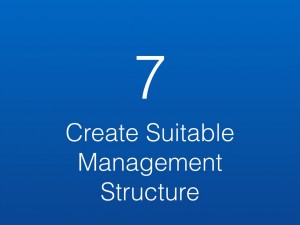 The Network of Projects

How do we overcome the blatantly inadequate and anachronistic model of a traditional hierarchy built on functions? By building our organization as a Network of Projects.

Recurrent and non-recurrent activities in an industry can be seen as “projects”. Whether we seek to improve the speed at which we manufacture products, install new equipment, organize shipments or file quarterly closing we need the coordinated efforts of many different competencies. Deploying these competencies in a logical sequence is relatively easy. However, breaking assumptions about the way performances should be controlled and measured seems to be a true cognitive ordeal. The measurement of performances seems to be inextricably connected with a local, i.e. functional indicator while we all know that what matters is the global bottom line of the company. How do we come out of this seemingly irreconcilable conflict? We do it by asking ourselves what company functions are for, and uncovering the obvious truth that functions should house competencies, not power.

Engineers, accountants, scientists, subject matter experts, should not be considered members of a “company function”. Rather, they should be seen as valuable competencies that can be deployed for the goal of the whole company. These resources, ALL the resources, should be available for whatever “project” the company needs to accomplish.

In other words, any company should be seen as a network of projects with the global goal of maximizing the Throughput of the company. The Critical Chain algorithm that Dr. Goldratt developed can be used to maximize the use of the finite resources of a company. As a matter of fact, this algorithm can be used to redesign the way any company works. Critical Chain becomes then much more than simply an algorithm to accelerate project completion; it is the vehicle to integrate, control and deploy the resources of the organization.

Anyone who believes that stupidity and lust for power are not inevitable should try and understand this idea of organization.

In summary: an infrastructure built for speed must be based on Quality and a “Quality System” must be in place to make it work.

Back to 10 Transformation Steps