This website or its third-party tools use cookies which are necessary to its functioning and required to improve your experience. By clicking the consent button, you agree to allow the site to use, collect and/or store cookies.
Please click the consent button to view this website.
I accept
Deny cookies Go Back
You are here: Home / Systems Thinking / Why a Performance Review Makes No Sense – a Systems View 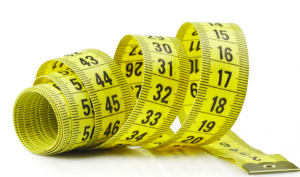 A company is not a collection of individuals. Contemporary science helps us to understand that organizations are, instead, “complex systems”, ruled by non-linear interactions that make it difficult to make any prediction when any change is effected. That’s why any approach to improve the system has to be “holistic”, and consider all the interactions/interdependencies.

The description of what everybody does, input and output, understanding the interdependencies and, finally, understanding variation associated with each process, is foundational to any form of “intelligent management”.

What is the guiding rule that should inspire any managerial decision? The job of Management is to work on the system and create a predictable environment; as Dr. Deming reminds us “the job of managers is to reduce variation”.

Every human activity is affected by variation. Statistical Process Control (SPC), the main offspring of the Theory of Variation, is the body of knowledge that helps managers to act rationally for the improvement of the system. SPC is not a technique; it is a way of thinking that should be fostered by Top Management at every level in the organization.

The data and the way we collect them are as important as the analysis we perform on them. The starting point to understand the system and its different processes is to select key points where we monitor variation. Once we have identified these points, we can start with the analysis.

Reducing variation was the essence of management for Deming. It is the lack of this awareness, which accounts for much of the failure in contemporary management practice. Budgeting and budgeting techniques are examples of a management approach governed by conformance to specifications. Like specs in production, they are “the voice of the customer.” They represent what we would like to achieve, or what the customer is asking us to deliver. Neither of the two has anything to do with what we can achieve or deliver. They are based on estimates that are often arbitrary. These estimates almost invariably translate into equally arbitrary targets. The achievement of these targets, or failure to do so, becomes the basis for managerial decisions. These decisions shape the way in which people relate to the organization, the way they work and, ultimately, the way they are in the world.

According to Deming, the role of a leader is to create the environment that allows people to take joy in their work, use their abilities and fulfill their potential. In order to do that the leader must eliminate fear in the workplace. As Dr. Deming points out there are two circumstances to consider:

Again, the two states will call for a different set of actions, none of which entails blaming the worker. We must remember that poor performances are very often due to lack of understanding of the system that people are operating in and, in many cases, the answer is in training.

“Eighty-five per cent of the reasons for failure are deficiencies in the systems and processes rather than the employee. The role of management is to change the process rather than badgering the individuals to do better.”

Deming’s work represents the most fundamental contribution to achieving quality. The goal of his work is to acquire profound knowledge of the impact that actions have on a system. This approach encourages the study of effects in order to search for the root causes which determined them. Consequently, the focus of attention opens up from the narrow realm of emphasizing results to the wider possibilities of examining processes. This is the key to achieving greater control over our actions and increasing our chances of predicting their outcome.

This extract is from Dr. Deming’s last interview before his death in Industry Week where he addresses performance measurement specifically:

Dr. Deming: It’s extremely important to understand that there are two kinds of variation. The variation that comes from common causes and the variation from something special.

IW: How do you recognize the difference between the two?

Dr. Deming: That’s a function of the control chart. The control chart is a gift from Dr. Walter A. Shewhart, who invented it while working at the Bell Telephone Laboratories around 1924. What happens within the control limits belongs to the system, a common cause. A point outside the control limits would indicate a special cause. The usual procedure is that when anything happens, [we] suppose that somebody did it. Who did it? Pin a necklace on him. He’s our culprit. He’s the one who did it. That’s wrong, entirely wrong. Chances are good, almost overwhelming, that what happened, happened as a consequence of the system that he works in, not from his own efforts. In other words, performance cannot be measured. You only measure the combined effect of the system and his efforts. You cannot untangle the two. It is very important, I believe, that performance cannot be measured.