This website or its third-party tools use cookies which are necessary to its functioning and required to improve your experience. By clicking the consent button, you agree to allow the site to use, collect and/or store cookies.
Please click the consent button to view this website.
I accept
Deny cookies Go Back
You are here: Home / Systems Thinking / The Paradox of Privilege 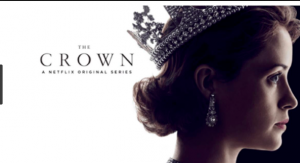 In a newspaper article this week, ‘Why is Privilege Suddenly Sexy‘, a writer wonders why “the more we are reminded of the sinfulness of privilege the more we wallow in it.”

The appeal of the past

There can surely be many reasons why, in our times of unprecedented speed of change and social and political upheavals, certain kinds of entertainment have their appeal. A certain amount of this has to do with a nostalgia for certainty. The global success of an improbable series like ‘Downton Abbey’ is perhaps because it portrays a make-believe world where gentry and servants interact harmoniously and for the common good. Set in the past, it can offer no unknowns.

The paradox of privilege

I appreciate the stupor of the journalist who wrote the article about privilege at what appears to be a glaring paradox – revelling in privilege while it is condemned. However, I believe it is a reflection of this moment of heightened complexity, one where we are on the brink of massive shifts that are hard to envisage or predict.
As a British citizen (about to become Canadian) who has lived away from the UK almost as many years as in it, I find the Netflix series ‘The Crown’ to be a timely tribute to an impossible job well done by the Queen. At the same time, I find it to be almost merciless in its observation of how increasingly irrelevant a traditional monarchy has fast become in our times. The recently announced Royal wedding next year between Prince Harry and the American actress Meghan Markle provides an unexpected blend of, and connection between, fiction and reality. We will see how the new generation of Royals adapts and evolves.

Ever since the Berlin wall came down, we continue to see shifts and changes. Things that were once certain no longer are and new interdependencies are created, giving rise to even more complexity.
The Welfare State that provided stability for many is being dismantled in the UK, leaving the most vulnerable increasingly at risk. Brexit is revealing the breathtaking incompetency of the ‘privileged’ leaders. So even as the privileged are ‘celebrated’, walls continue to tumble. The ongoing disgrace of sexual harassment cases testify to tectonic shifts in power in all aspects of our lives. This could be a symptom of further changes to come, and at a speed that no one expects, because at the end of the day, unbridled privilege is unsustainable.
At Intelligent Management, we continue to propose a systemic way of leading and managing that is based on understanding complexity and creating the kinds of interdependencies that can be most productive as well as satisfying. We need to build a new economics where prosperity is created in a sustainable way. We desperately need leaders not just with the right skills but also the appropriate knowledge for our complex times.