This website or its third-party tools use cookies which are necessary to its functioning and required to improve your experience. By clicking the consent button, you agree to allow the site to use, collect and/or store cookies.
Please click the consent button to view this website.
I accept
Deny cookies Go Back
You are here: Home / Our Founder 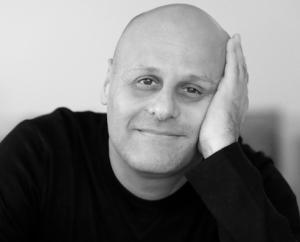 Dr. Domenico Lepore is an international expert and innovator in the field of systems-based management. Over the last 15 years, he has produced significant results in a wide range of sectors in Europe and North America through his systemic management methodology, the Decalogue™.

His background as an experimental physicist with expertise in Standards has provided him with a unique insight into the application of science to management to achieve robust, predictable and repeatable results. In addition to an effective management methodology, he has developed an innovative approach to organizational design based on network theory.

In Italy, following his research work on superconductivity, Dr. Lepore worked in Technology Transfer and subsequently at the Management School of the Department of Trade and Industry in Milan. There he developed programs for SMEs on Quality Management, combining education, training and on-the-field implementation. He was appointed Italian representative for the ISO 9000 Technical Committee 176 from 1993-1996. He became an expert in Deming’s approach to Quality and later teamed up with Oded Cohen to create a new management methodology called the Decalogue™. Cohen was Senior Partner of Dr. Eli Goldratt who developed the Theory of Constraints. Thanks to the effectiveness of the methodology, in 1996 Lepore created his own consulting firm in Milan to introduce businesses to this new approach.

Between 2001 and 2005, Dr. Lepore worked intensively as Senior Advisor with Graftech International (NYSE:GTI), a seasoned US multinational that was facing grave challenges. Lepore oversaw the first company-wide application of the Decalogue. As a result of the success of this work, he was invited by two of the senior managers to collaborate in the forming of a holding company with a view to acquiring a company to be managed with the Decalogue methodology. Thanks to his previous achievements, he was granted an O1 visa for Extraordinary Individuals and moved to New York in 2006 to become President of Symmetry Holdings, subsequently Barzel Industries. In 2007 Symmetry Holdings successfully acquired Novamerican Steel, renamed Barzel Industries Inc. Barzel became unique as a steel service center with a business model founded on speed and transparency. Using sophisticated statistical methods and analytical tools, the new management drastically reduced inventory and negotiated unprecedented agreements with mills, thus accelerating the speed at which they moved metal through the system, without compromising quality and pricing. They could therefore replenish materials faster than competitors and respond more quickly to urgent market demands.

The global economic crisis and unprecedented turbulence failed to affect Barzel’s operations until early 2009. The massive effort of such a large-scale transformation took its toll when demand and the price of steel plunged to a historical low. The company reached an agreement to sell assets in a planned transaction in late 2009.

In 2010 in Canada, Lepore founded Intelligent Management Inc. (www.intelligentmanagement.ws ) to further the insights and the application of the Decalogue methodology at an international level.

Lepore developed the Decalogue™ management methodology together with Oded Cohen, a leading, world-renowned expert in The Theory of Constraints. The integrated 10-step process, The Decalogue™, is a method for whole system transformation, from conventional, silo thinking to a systemic vision and practice. It looks at the whole system that every organization is part of, from supply chain to end users. This approach inherently maximizes resources and  production output, as well as quality and cash generation through effective marketing and sales. The ten steps uniquely combine the management philosophies of Dr. W. Edwards Deming and Dr. Eliyahu Goldratt. (See attachment on the Ten Steps of the Decalogue.)

Dr. Lepore has led turnaround and improvement implementations of national and international businesses, primarily based in Europe and the U.S., in industries including aluminum, automotive, printing, software, diversified industrial products, healthcare and government as well as not for profit. The significant results of these implementations include:

Over the last ten years, Dr. Lepore has guided the transition of management from one generation to another, protecting the legacy and ensuring continuity for multi-generation firms.

Dr. Lepore was born and educated in Salerno, southern Italy. From an early age, he has nurtured a passion for science and the scientific method. With a dynamic and outgoing personality, his interests extended far beyond the laboratory. While studying and researching solid state physics, he also acquired a pilot’s license and  complete fluency in the English language.  His dedication to achieving mastery of the English language sprang from his appreciation of Anglo-Saxon culture. He found inspiration in the England of Hobbes, Newton and Bertrand Russell, and the dynamism and mental open spaces of America.

He has a passion for cinema, and since moving to north America he has developed a deep interest in a branch of Jewish philosophy known as Chabad Chasidus. He is married to his partner, Dr. Angela Montgomery, and they now live in Victoria, BC.

Dr. Lepore co-authored the book entitled “Deming and Goldratt: The Decalogue” with Oded Cohen, published in the U.S. in 1999 by Dr. Goldratt’s publisher, North River Press. This was the first book on the Theory of Constraints to be published by North River that was not authored by Dr. Goldratt himself.

The book was selected to be featured in The Deming Forum’s own Learning Library, is suggested reading and is cited in studies by several universities around the world. It continues to sell consistently fourteen years after its publication.

Lepore has more recently published ‘Sechel: logic, language and tools to manage any organization as a network.’ This book offers further insight into the Decalogue™ methodology, as well as several chapters with practical indications on implementing the methodology. The Decalogue™ is also presented through the Intelligent Management blog.

The following scientific papers are based on the implementation of the Decalogue: