This website or its third-party tools use cookies which are necessary to its functioning and required to improve your experience. By clicking the consent button, you agree to allow the site to use, collect and/or store cookies.
Please click the consent button to view this website.
I accept
Deny cookies Go Back
You are here: Home / Systems Thinking / Leaders For Transformation: The Power of Breakthrough 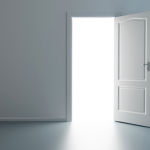 At Intelligent Management we work beyond improvement; our goal is to inspire and highlight a path to transformation. To transform what? The  prevailing silo-based management style into one of system optimization. The word ‘sechel’, the title of one of our books, indicates in Hebrew precisely the intelligence required to achieve this: systemic intelligence, i.e. what enables us to see connections and a bigger picture.

Systemic intelligence is what we need today; so many organizations are still stuck in outdated structures and behaviours that are severely limiting. Even when people work to improve, they often do so within their own ‘patch’. They fail to understand how their mindset can damage others and actually sub-optimize the system as a whole. Thus, the organization as a whole achieves consistently less than it could. This leads to lower Quality, less Involvement (empowerment) and a decreased Flow, whether it is of services, products or simply cash. Ultimately, this translates into lower overall performance.

As can be clearly understood from our website, Intelligent Management’s work on transformation has been inspired and shaped by two truly transformative leaders, W. Edwards Deming and Dr. Eliyahu Goldratt. Both of these scientists preached an appreciation for the “organization as a system” and outlined the science and the method for its coherent management.

Here we would like to pay a tribute to  the transformative work of Rav Menachem Mendel Schneerson, the Lubavitcher Rebbe.

The Rebbe elaborated at length on a concept of oneness that is not only transformative but the most powerful way we have to achieve our potential, as individuals and organizations. His teachings represent a comprehensive system of thought  that equips us with the understanding that there is no separation between parts. When we understand the interdependencies that exist in our physical and spiritual interconnected world, we are poised to eliminate the artificial barriers that hold us back.

It is far beyond the scope of a short blog post to speak of the monumental  work of Rav Schneerson, commemorated every year by the President of the USA through Education Day and whose advice was sought by thousands, including leaders from around the world. We would like, instead, to focus here on the concept of oneness and how that applies to our work with transformation.

The Rebbe’s ability to tackle issues on so many seemingly disparate planes, from marital to military, stemmed from his superior ability to see connections that others did not see.  Besides his unparalleled  spiritual and scholarly standing, the Rebbe had also studied maths and physics with top scholars in Europe in the 1930s and he was versed in the cause and effect logic of science. Above all, his unique thinking was steeped in the system of thought deriving from centuries of Talmudic debate founded on the concept of universal unity. Only when there is such an understanding can there be the ability to see things as a whole and to grasp the implications of how various elements within a situation interact and affect each other. The Rebbe’s teachings were consistently informed by a higher understanding of this unity, with all its practical and moral implications. It is an intrinsically systemic understanding because the parts are always seen in relation to the whole.

Through the thousands of examples of recorded advice, the Rebbe demonstrated a method of thought for addressing obstacles, conflicts and personal dilemmas. With a blend of wisdom and higher logic, the Rebbe derived solutions of unity where others only saw separation. By raising the discussion of a conflict to a higher realm of cause and effect logic, he finds a solution of reconciliation. The teachings of the Rebbe exemplify a principle of unity where ultimately conflict does not exist. It is this paradigm of unity that should shape and inform our quest for solutions at all levels.

We mentioned in a previous post that Dr. Goldratt advised our founder, Domenico Lepore, that to understand better the Theory of Constraints he should study the Talmud. At the time this suggestion seemed inexplicable, but after several years of studying commentaries written by the Rebbe, we came to see the connection. Dr. Goldratt was pointing at the method of thought  that characterizes thousands of years of Talmudic debate. Dr. Goldratt was a scientist but he came from a distinguished family of Torah scholars. His work and his Theory of Constraints (TOC) are science-based but also deeply imbued in his cultural heritage and  he developed a series of Thinking Process Tools to aid the understanding of the foundational elements of his thinking.

The Conflict Cloud tool frames a problem in the shape of two seemingly conflicting positions. By systematically surfacing the needs that prompt the conflict and the set of assumptions, or mental models, that sustain the conflict, we can then challenge those assumptions in order to identify a breakthrough solution that is win-win. It is a discipline of thinking that encompasses both rational thought and the sphere of intelligent emotions. Anyone familiar with this tool will be struck by reading in the first chapter of ‘Towards a Meaningful Life’ – a book dedicated to The Rebbe by one of his closest pupils, Rav Jacobson – the shape of the Conflict Cloud, i.e. conflicting positions, needs, the goal, the assumptions and a reconciliatory position developed by invalidating assumptions – all these elements are there. This is not just a way to solve conflicts; it provides the basic framework  to discover any true innovation.

The transformational message of the Rebbe comes through his repeated use of the term ‘ufarazta’ that can be translated as breaking through all boundaries. He encouraged people to see they were capable of achieving exponentially more than they realized; the Rebbe did not tell people to double or triple their efforts just to goad them on, he did so because he saw that it was fully within their capabilities. He knew that many of the boundaries or barriers that people perceive in their efforts are in fact artificial.

Though we may never aspire to emulate the thinking ability of the Rebbe, we can be encouraged by his message and example. When we foster the ability to think systemically we begin to see where those artificial barriers exist and how we can overcome them. Dr. Goldratt has provided us with some of the most powerful tools to train our thinking in this direction. Once we have the method and the tools, the work of transformation is up to us. The sooner the better.

This post was co-authored by Dr. Domenico Lepore and Dr. Angela Montgomery.

Domenico is co-author with Oded Cohen of the book ‘Deming and Goldratt: The Decalogue’. Angela’s new business novel+ website The Human Constraint looks at how Deming and the Theory of Constraints can create the organization of the future, based on collaboration, network and social innovation.