This website or its third-party tools use cookies which are necessary to its functioning and required to improve your experience. By clicking the consent button, you agree to allow the site to use, collect and/or store cookies.
Please click the consent button to view this website.
I accept
Deny cookies Go Back
You are here: Home / Uncategorized / How to Build Sustainable Network Wealth 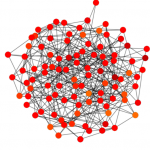 Our present and our future are inextricably linked to networks – the hubs and nodes of interconnections, no longer just value chains but value networks. How do we make a sustainable network?

We just received a review of our new book ‘Quality, Involvement, Flow: The Systemic Organization’ that underlines a fundamental shift:

Inspired by the focusing speed of Goldratt and the predictability of Deming’s statistical process control, these authors advance a proven, robust, and repeatable systems-based methodology for networks.  They advocate the transformation from a pyramid hierarchy to an organizational structure designed to develop, implement, and manage network support systems.  Their work revolutionizes the paradigm Maximizing Shareholder-Stakeholder Wealth to one of Maximizing Sustainable Network Wealth.

Our thanks to Raymond Moreno for those much appreciated words. Here, Dr. Domenico Lepore continues to look at the dangers and opportunities that networks are creating  for enterprises.

Complexity in the Network

When an enterprise is successful and grows in size, there is inevitably an increase in the number and quality of interdependencies, i.e. exchanges with other parts of the network of enterprises it is part of. These can include information, money, manpower, and goods etc. This leads to a double level of complexity: one level is the configuration of the links within the network, and the second level is the dynamics of the links. This increased complexity may lead to the formation of hubs, i.e. a node of the network that has a very large number of connections to the other nodes.

In this situation, the unavoidable fluctuations in the performance of a hub (or enterprise) propagate through its links to the other connected nodes. This may have a cumulatively negative domino effect.

For example, a successful company may become a leading economic player, directly or indirectly, for the whole economy of a local community or city. With the growth of the company, more and more economic activities become related/connected to it. Should this leading company fail, its collapse will drag the other related industrial activities with it, and subsequently the less related activities, until the very existence of the community itself is threatened. Imagine, for instance, the life of New York city should Goldman Sachs implode.

How can we avoid a network catastrophe?

To avoid this possibility, the focus should be on regulating the system so that the network that connects all the economic activities has the following characteristics:

How do we achieve stability? Stability means that the negative fluctuations in the economic performances of each element of the network are prevented from propagating to the rest of the network. In other words, the presence of hubs is controlled and regulated. This requires a political, economic and legal effort from the community. Where no control or regulation is created, the risk of a catastrophe is always present.

Allowing one hub to grow out of proportion to the other nodes of the network is a threat to the entire network, including the major hub itself.

Science, through the understanding gained by network theory,  provides us with knowledge that was not available 20 yeas ago. For this reason, science should inspire and inform the new legislation required for the growth of networks.

Goal orientation means that the network, instead of being allowed to develop in a random manner, is driven toward the optimization of a goal. This goal must be the one that the community, in general, wishes to achieve. The goal could be simply the preservation of the network, or, for instance, an increase in living standards, an increase in sustainable wealth,  and an increase in attention to the environment. Once again, this requires a political, economic and legal effort from the community, but the specter of a network catastrophe must be addressed.

There is no doubt that the prospect of economic gain is often the catalyst for major change. This can be the driving force behind introducing the kind of control and regulation of a network of networks required to avert catastrophe. However, even if the primary drive behind a systemic and network-oriented management of economic activities may be  economic, the effects and gains can be much wider. An increase in revenues within a network implies a comparable increase in wealth for all the stakeholders of that network. Consequently, there will be a demand for improved education and healthcare. This will be followed by  the demand for an increase in cultural and recreational activities. All of this growth will have a profound, positive impact on the overall quality of life of the entire community. After all, we know only too well what it means to be without the cascading positive effects we’ve just described. We’ve been living through it for years.

The science of equality

What network theory is making clear to us is that the effort to create greater equality among enterprises is not just an ethical pursuit. It is a matter of good science. Equality  in this context means a well defined range of ratios between the importance of hubs and nodes so as to prevent the explosion of an entire network. We should pursue equality among enterprises not necessarily because we believe it is good, but for a physical, scientific reason. Science is pointing the way to a new body of ethics. However, to bring this knowledge into the realm of law and management requires a different kind of use of the mind, and that requires a different kind of intelligence – a systemic intelligence capable of perceiving the systemic implications of our actions. The cognitive tools to foster and develop this kind of intelligence exist, and the sooner they are acquired the more sustainable and positive our future will be.