This website or its third-party tools use cookies which are necessary to its functioning and required to improve your experience. By clicking the consent button, you agree to allow the site to use, collect and/or store cookies.
Please click the consent button to view this website.
I accept
Deny cookies Go Back
You are here: Home / Systems Thinking / Flawed Models – Why We Need a New Economics 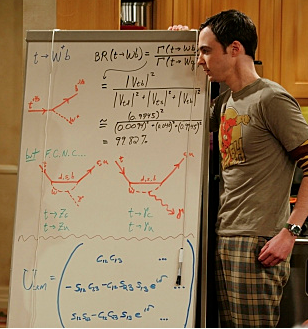 What is is wrong with mainstream economic and financial models today?

Continuing the series on a New Economics.

Mainstream economic and financial models, the ones that currently rule the markets and determine value, have shifted their focus over the years from what is best for the society they should try to model to what is mathematically possible to achieve for the benefit of a few. I use the word “mathematically” with a sense of grief. Mathematics is a very serious business; it is thanks to mathematics that we understand the physical world and it is thanks to its rigorousness that we are confident that the scientific method can provide acceptable validity. Sadly, most economists and financiers at best can be considered “hands on” mathematical labourers and their models are far from being the offspring of any scientific method.

Current mainstream economic and financial models are flawed for two sets of reasons:

A new kind of freedom

In order to re-assert economics as a useful field of investigation we have to re-ground it in a new paradigm; a new economics can only be originated by a new outlook on value and wealth. As Senator Robert F. Kennedy said more than once, “The GDP cannot be considered a measure for the standard of our lives”.

The starting point is to define what the role of the government should be and which policies an economic model should mirror. Any government should first and foremost protect the freedom of its citizens, for sure: freedom from any risk of slavery. Three major factors impact our freedom, other than the ability to protect ourselves from enemies and practice the religion of our choice: freedom from ignorance, freedom from the tyranny of diseases we cannot afford to cure, freedom to start or adhere to ventures, business or otherwise.

So, the role of the government in establishing and endorsing an economic model is clear: a solid education and research system, affordable healthcare for everyone, a network of support for the development of any form of free enterprise.

How we build these systems, how we manage them and what set of values should inspire them is the kernel of the new economics. Economics then really becomes the science that studies how countries should develop.

This post was by Dr. Domenico Lepore, Founder of Intelligent Management, and is an extract from his latest book: Sechel: Logic, Language and Tools to Manage Any Organization as a Network of Projects

What Do We Mean By a New Economics?

and our series on Systemic Management: