This website or its third-party tools use cookies which are necessary to its functioning and required to improve your experience. By clicking the consent button, you agree to allow the site to use, collect and/or store cookies.
Please click the consent button to view this website.
I accept
Deny cookies Go Back
You are here: Home / Systems Thinking / Empowerment – Making it Work Operationally 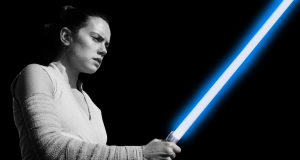 If you look up “empowerment” on Google there are over 100 million items. So what do we mean by empowerment and why is it such a tricky matter? What tools can we use to make sure empowerment is done more effectively at an operational level?

In any organization, things need to get done and people need to be able to do those things. That’s sounds pretty straightforward, but in reality it can become a minefield of misunderstanding. There can be problems of ego, power, insecurities, an inability to delegate, a mismatch of skills, and these are just some of the human difficulties involved.

In any hierarchical organization, a few people have the power to make decisions that affect everyone else. There is then a “chain of command” to carry out the will of the people at the top. This model has worked over the centuries but is sorely inadequate for our complex reality today. We need a much more democratic approach, and yet stuff still needs to get done. How can we make sure that this happens as smoothly as possible?

Breaking it down to the basics: Mapping the flow

One of that major problems has been pointed out by Dr. Goldratt, who developed the Theory of Constraints, is a misalignment between authority and responsibility. People may be asked to do things that they don’t actually have the authority to do and so they get stuck (and frustrated).

A very useful way of seeing where this may be happening is by mapping out the flow of the processes in the organization. This needs to be done by the people directly involved in the tasks and can be quickly illuminating. People will immediately see where there are unnecessary loops in the process caused by having to go back and ask “permission” to do something the employee is perfectly capable of doing. These loops can be eliminated, thus empowering the employee to act autonomously wherever that is appropriate.

It might be a bit more complicated than just giving permission. We can frame instances of a misalignment as a “conflict” and solve them that way. For example, in order to carry out a task an employee may need to do something that conflicts with or contradicts a current company policy. Using the Conflict Cloud, one of the systemic  Thinking Processes from the Theory of Constraints, the people involved in this impasse can figure what real needs are being protected by the two sides of the “conflict”, what is that actual goal they are trying to achieve with their actions, and what are the assumptions (or mental models) that make the conflict exist in the first place. It will quickly become evident what can and cannot be changed in order to allow the tasks to be carried out effectively and smoothly by the resources involved. Both with mapping and the conflict cloud, managers increase the quality of internal communication and the involvement of their staff in determining how things get done.

When people are asked to carry things out and they get the wrong end of the stick, it’s unfortunate for everyone involved. People are not always gifted when it comes to giving instructions, and what might seem like an obvious request can turn into a game of Chinese whispers with unfortunate consequences. The problems is that every time a person is asked to does something by someone, they inevitably interpret that request. That’s because they are human and not robots. Every time we interpret something incorrectly we introduce variation into the system. Fortunately, there is a way to give clear instructions and minimize the risk of wrong interpretation. Dr. Goldratt developed the Thinking Process Tool called the Transition Tree. It is an effective way of making sure that instructions are given clearly and can be followed accurately because it includes the logic behind the instruction. It doesn’t just tell people what they have to do but why they have to do it that way and what the outcome will be.

A problem as old as the hills

The problem of empowerment is a lot older than many might think. As far back as biblical times, people were concerned with the problem of carrying out orders and the implications of doing that well. Many are familiar with the story of Moses and the promised land. Before entering Canaan, Moses sent 12 ‘spies’ to scout out the territory. Nearly all of them came back with the opinion that it would be too difficult to conquer the land. Commentators concluded that the “sin” of the spies was to interpret their task. No one asked them for their opinion; they were just supposed to report back on the facts. A more recent scholarly opinion states that their fault was even deeper. They were leaders of their tribes but they spoke in such a way that they discouraged their people. In other words, their greatest fault, and one that would lead to terrible consequences, was that they disempowered their people. Something for all people in a position of responsibility to bear in mind.

Empowerment is a key issue for contemporary management. Increased complexity in our world means organizations have to be able to navigate interdependencies, internally and externally. Traditional hierarchies lack the flexibility for this. We need flatter organizations with distributed intelligence, where resources are capable of carrying out their work with more autonomy. This requires a new kind of leadership, and we’ll be looking at that in our next post.