This website or its third-party tools use cookies which are necessary to its functioning and required to improve your experience. By clicking the consent button, you agree to allow the site to use, collect and/or store cookies.
Please click the consent button to view this website.
I accept
Deny cookies Go Back
You are here: Home / project management / Empowerment: 5 Questions to Find Out Why People Can’t Do Their Work On Their Own 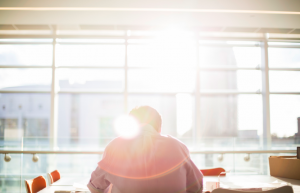 Empowerment is a great word but can be meaningless unless we give it an operational definition. Operationally, empowerment means that there is alignment between a person’s authority and the responsibility they are given. Continuing from our previous post on Empowerment, what can we do operationally when people don’t seem able to do their work on their own? How can we prevent “fire-fighting”, in other words, situations where managers have to jump in and “put out the fire”?

5 Questions to Solve the Problem

Misalignment between authority and responsibility is not created by the negligence of staff or the reluctance of managers to delegate authority. It derives directly from an ingrained conflict within the organization.

Why is finding correct alignment  so important?

Firstly, each time somebody who is supposed to do something has to stop his work to ask somebody else’s authorization, an unnecessary inefficiency is introduced into our system ( graphically this is a loop in the flowchart of the process).
Secondly, each time somebody has to ask for an unnecessary authorization, they will feel less responsible/motivated/committed to the successful completion of their task.
Thirdly, this mechanism facilitates the discovery of wrong policies/measurements.

Asking these 5 questions will help the people involved in the conflict to see it differently. In this way everyone has the right framework for finding a solution which protects the needs of the system.

By answering these questions, we can clearly define the misalignment that has occurred and correct it. Each time a misalignment between authority and responsibility occurs with our staff, let’s ask ourselves the five questions which allow us to write the Misalignment Conflict. This way we will know if every misalignment results from a “conflict” between two legitimate needs of the system.

Legitimate needs can never actually be in conflict, only the positions that people adopt to protect those needs. We can then deal with the situation together with our people. We can, in fact, explain the reason why the rule which prevents them from carrying out their task exists and we can surface the mental models/assumptions that lead us into a conflict. In this way everyone has the right framework for finding a solution which protects the needs of the system.

We can map put the answers to the 5 questions on a conflict cloud diagram.

Let’s say that I am in a situation where if a certain action is not carried out an important need of the system is endangered; and let’s also say that I am responsible for that action. As we know, the position of a need in a conflict is B. It may happen that a rule of the system (possibly a company policy and/or procedure) prevents me from fulfilling my responsibility. The place to write this rule is D’. The opposite of this rule is, of course, what would enable the fulfilling of my responsibility, D. The rule of the system that blocks me is originated by another need of the system, The common goal of the two needs is, obviously, A.

The “injection” (solution) that evaporates the cloud is found by invalidating the assumptions between D and D’. defines the new authority needed for the person to successfully and straightforwardly carry out their tasks. 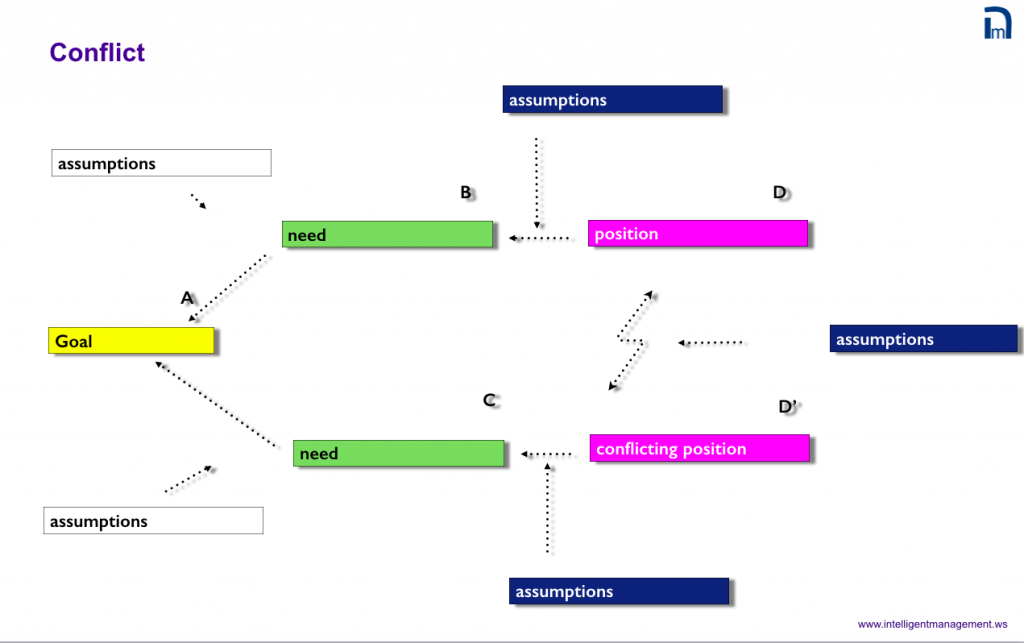 Why Can’t People Do Their Work On Their Own?

In our previous post we gave answer number one to this this question (see Empowerment: How To Make It Happen in Your Organization )

Answer number two is that we are unable to give clear instructions. We don’t know how to adequately communicate the knowledge required to carry out the task given. We will look at how to do this in our next post.