This website or its third-party tools use cookies which are necessary to its functioning and required to improve your experience. By clicking the consent button, you agree to allow the site to use, collect and/or store cookies.
Please click the consent button to view this website.
I accept
Deny cookies Go Back
You are here: Home / Systems Thinking / Destroying the markets with flawed assumptions 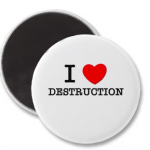 Today’s blog post is by team member Dr. Giovanni Siepe, a theoretical physicist by training and an expert in statistical methods for management.

The Nobel Prize in Economics for 2011 went to Thomas Sargent and Christopher Sims. The reason for assigning the Prize to Prof. Sargent is his model on cause and effects as applied to people’s responses to changes in prices or interest rates.

Essentially, he says that people’s behaviour is driven by whatever benefits them most. Economists call this the “rational expectation” model.

This model pairs up with the “efficient market hypothesis” which has guided many economic theories for the last 40 years. I’m just wondering what kind of  “efficiency” people have been able to detect in the markets during the last 30-40 years.

Probably economists refer to a kind of “local” efficiency, the kind that made many traders and big investment banks richer than we think while making the world poorer.

Why do economists still think that their “approximation” of the economic reality is, in some way, a valid theory? Still today in the community of economists there is a prevalent culture based on “social Darwinism” that in principle favours the “smartest”, the “strongest” and the most “shrewd”.

What is the consequence of that? Today we have it in front of us: the disaster of  “the markets”.

What I think, when I read of a “cause and effect” model, is that we should be more careful with definitions and understand the meaning of the words “cause and effect”. Did the economists predict, with their models, any of the effects we are experiencing? Unfortunately not.

Reality is that the world is a System, and we have to deal with it as such.

Forty years ago the world was extremely big, distances were virtually and physically very difficult to cover, interconnections were relatively few, and it was possible to get the “optimum” by maximizing the local performances, so the “rational expectation” was a reasonable assumption. However,  in the last thirty years the situation has completely changed, even though economists have continued to build their careers on the same flawed economic principles. The world has become much smaller, virtual and physical distances have shrunk, interconnections and interdependencies among different people and economies have increased exponentially. In other words, everything is connected.

How can we still think that something happening here now will not affect the System somewhere else?

As long as economists continue to “teach” us how to make money by exploiting the inefficiencies of the System, we won’t see any change. Furthermore, even people who are making money today will have nothing left to milk once the System is no longer in place because they have totally exploited it.

A New Economy that is sustainable and global can only become real if we acknowledge the interdependencies and interconnections among different people and different markets. This New Economy should understand the world as a System and aim to find the right balance to achieve what’s best for it, and not for just a part of it. The price we pay when a part of the system is pursuing its own benefit is the integrity of the system itself and, eventually, its destruction.