This website or its third-party tools use cookies which are necessary to its functioning and required to improve your experience. By clicking the consent button, you agree to allow the site to use, collect and/or store cookies.
Please click the consent button to view this website.
I accept
Deny cookies Go Back
You are here: Home / Systems Thinking / Complexity and Root Cause Analysis – Where Is the Link? 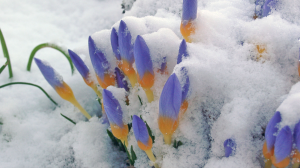 We’ve been asked how come we talk about complexity and also root cause analysis. Aren’t they incompatible? The answer is no, and here we explain why root cause analysis is your best friend in managing complex situations and environments.

Why complexity and a “reductionist” root cause analysis are not incompatible

Let me preface this post by saying that Intelligent Management was founded by a physicist whose research area was non-linear dynamics, and that several physicists with an interest in non-linear phenomena have contributed over the years to the development and implementation of our management approach. We look at organizations as complex systems and assist them to develop systemic solutions based on an understanding of complexity, systems science and statistical methods.

An essential element of complexity is the recognition of emergence. The body of knowledge connected with emergence investigates how, when things come together and they connect in a network,  properties appear that do not necessarily belong to any of the elements that make up the network. Emergent properties are something different. For example, Computer Science can be seen as an emergent property of physics, maths, and engineering. It has elements of these disciplines but is fundamentally different from them.

There are various kinds of network in the real world. Some occur in nature, such as a beehive. Other networks are manmade, such as the London Underground. ‘Simple’ networks are NOT designed with a specific goal that affects how the nodes interact with each other. They simply allow connections to occur randomly; hence they are called ‘random’ networks. The statistical distribution that describes the probability with which these nodes are connected to each other follows a ‘normal’ Gaussian distribution (i.e. the data cluster around the mean with a few outliers).

A different kind of network exists where the interconnection among the nodes is greater with some nodes than others. The nodes with more nodes connected to them are called hubs. These networks, known as ‘scale free’ networks, thus have a hierarchy consisting of ‘visited’ hubs and more isolated nodes. Some networks are random, whereas other networks have a goal and are known as ‘directed networks’. These are networks that were created for a purpose, like a network of airports in a country.

The influence of hubs affects the behaviour of a network. For example, the network of airports in the USA has several hubs and many nodes, but even if some of these nodes were disabled the network could still operate. However, if the major hubs like Chicago, Atlanta, etc. were affected, then the network would be severely impaired.

An organization can be viewed as a living, complex network with a precise goal. As such it has nodes and hubs and it exhibits emergent properties. These are new structures or behaviours that emerge spontaneously from interconnection. When there are problems in an organization, it displays what we call in the Theory of Constraints ‘Undesirable Effects’. At Intelligent Management we have come to consider the Undesirable Effects of an organization as Emergent Properties of the network.

Using a powerful, systemic thinking process tool, we can connect Undesirable Effects in an organization in such a way as to reveal an underlying Core Conflict. The multiplicity of Undesirable Effects in the network are connected like nodes, links and  hubs of networks. This Core Conflict is connected to all the various nodes, and as such is a hub. The hub consists of a series of assumptions  (mental models) that exist within the organization, and when these assumptions are systemically challenged, we can influence the network towards its goal. If we consider the Core Conflict as a Constraint/Hub, then we know what is influencing the network, and as a result, we can leverage this Hub/Constraint to improve and optimize the organization.

Optimizing the performance of the network

In other words, we know that we can optimize the performance of a system by choosing a constraint and subordinating the rest of the system to the constraint. We can therefore optimize the performance of our organization by designing it as a network of projects in which certain resources are the hubs/constraints. (See Lepore et al, ‘Sechel: Logic, Language and Tools To Manage Any Organization as a Network’.)

In the same way that very few hubs influence the functioning of the network, very few root causes influence the majority of the effects in the network. Complexity and root cause analysis are not in conflict because root cause analysis in the form of a Core Conflict derived from Undesirable Effects provides a clear indication of those elements  that will most influence the behaviour of the network. When we address the hubs or constraints of a network, we can influence the maximum that a network can generate towards its goal. This is what managers need to understand today about complexity in order to gain a practical way to manage complex systems for optimal results.

Angela Montgomery PhD is author of the new business novel+website ‘The Human Constraint’.
Inspired by real life events, this book explores a systemic approach to management and how that can lead to a new economics for sustainable prosperity.