This website or its third-party tools use cookies which are necessary to its functioning and required to improve your experience. By clicking the consent button, you agree to allow the site to use, collect and/or store cookies.
Please click the consent button to view this website.
I accept
Deny cookies Go Back
You are here: Home / Network of Projects / Company Functions Are Limiting Your Organization’s Performance – A Systemic Approach Part 13 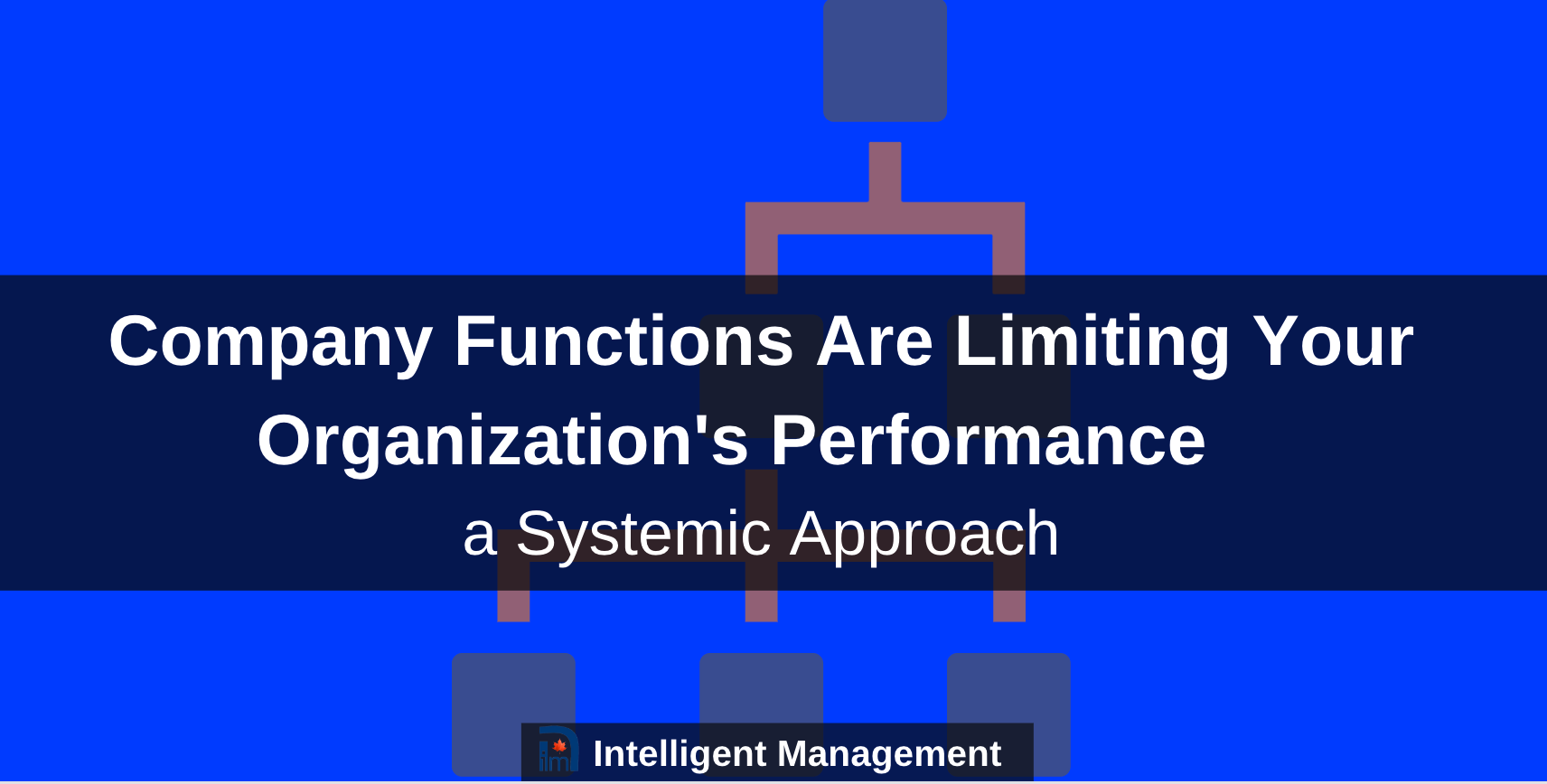 There is something very flawed in the traditional hierarchy/ function style of management for today’s world where speed of flow is key: it creates artificial separations inside a company. This separation interferes directly with performance because it interrupts the natural flow of interactions. We continue in this post with Step 7 of the Decalogue: ‘Create a suitable systemic/organizational structure: design and manage the company as a Network of Projects.

Company functions compete with each other

The activities carried out in any organization need to be staffed with people with suitable competencies. It will be very complicated to deploy these competencies in a timely and systemic way if we organize them functionally. Why? Because resources are perceived as “belonging” to a Function. Any attempt to use a resource allocated to “Function A” to perform its competence beyond the boundaries of that Function will immediately result in a conflict between the head of the Function and whoever has been given the task to deploy that competence, usually a project manager. Unfortunately, virtually every minimally complex activity that goes on in any company to achieve any goal is cross-functional in nature. So now we are stuck in a real dilemma about how to best utilize the resources at hand. (This dilemma is particularly felt by CIOs and CDOs attempting to roll out technologies end to end across an entire organization.) The more we realize how paralyzing this dilemma is, the closer we come to understanding the paradigm shift needed to create organizations that are not sub-optimized.

The clash between a functional organization and achieving cross-functional goals is, quite plainly and simply, what keeps organizations stuck. This dilemma is the chronic conflict that prevents the science of management from evolving into the real engine of economic growth. If we want to generate wealth sustainably, then we must address the multilayered issue of how to optimize finite resources to maximize Throughput.

Everything is a project that requires competencies

So what happens if we view the recurrent and non-recurrent activities in an organization as “projects”? Whether we seek to improve the speed at which we develop and manufacture new products, install new equipment, organize shipments, or file quarterly closing, we need the coordinated and synchronized efforts of many different competencies. Deploying these competencies in a logical sequence is relatively easy. However, challenging assumptions about the way performances should be controlled and measured seems to be a true cognitive ordeal. Performance measurement seems to be inextricably connected with a local, i.e., functional, indicator whereas we all know that what matters is the global bottom line of the company. How do we come out of this seemingly irreconcilable conflict? We do so by asking ourselves what company functions are for, and uncovering the obvious truth that functions should house competencies, not fiefdoms.

Engineers, accountants, scientists, subject matter experts should not be considered members of a “company function.” Rather, they should be seen as valuable competencies that can be deployed for the goal of the whole company. These resources, ALL the resources, should be available for whatever “project” the company needs to accomplish.

When we design and manage an organization as a systemic Network of Projects, it allows us to overcome the artificial divisions of a traditional hierarchy/ function style of management. It removes the strictures that interfere with performance.

What kind of control mechanism can we rely on in a Network of Projects? The Critical Chain method for managing projects protects the entire project with a “project buffer”. Project buffers not only provide the control mechanism to protect against disruption, but also give us a statistical understanding of project development and early warnings on potential delays and are normally measured in time. Simply put, buffers cumulate protection from variation associated with the execution of every task. In this way, they provide a time “shield” against delay.

The statistical property that buffers leverage is called covariance; let’s say that it is a very efficient way to “pool” time.

A company viewed as a Network of Projects is a natural evolution of W. Edwards Deming’s original 1952 system design. Each project is protected with a time buffer. Success in project execution is measured in terms of timeliness, adherence to specs, and cash outlay; the first two are peculiar to each project, but cash can be pooled to protect the entire Network of Projects.

Said in a different way, the money buffer that protects each project from variation in cash outlay (typically, Totally Variable Costs, TVC— the subset of the inventory that goes into a project) could be pooled in a buffer that protects ALL the projects. Covariance holds for money too.

While the rationale for this choice is mathematically obvious, its organizational implications are less so. Pooling resources is a systemic concept; it comes from a paradigm of whole system optimization and the reconciliation of the inherent conflict between Local vs. Global performance measurement.

Critical Chain as the engine of a systemic organization

What we are saying is that any company should be seen as a network of projects with the global goal of maximizing the Throughput of the company. The theme of Dr. Goldratt’s book Critical Chain is that we can maximize the speed of new product development by adopting a particular approach to Project Management (PM). The implications of that approach are truly far reaching and pave the way for a complete and yet largely unexplored solution to the inherent conflict of any organization (hierarchy vs. no hierarchy).

What we discovered in over 20 years of implementing the Decalogue is that the Critical Chain method that Dr. Goldratt developed can be used not only to maximize the use of the finite resources of a company; this algorithm can be used to redesign the way any company works. We believe this is a significant discovery in the field of management and that many companies can benefit greatly from it. Critical Chain becomes, then, much more than simply an algorithm to accelerate project completion; it is the vehicle to integrate, control, and deploy the resources of the organization. Coherent with this thinking, we developed our software Ess3ntial that allows finite capacity scheduling not just of resources but of competencies in multi-project environments.

What does a Network of Projects Organization look like?

Instead of company functions, there are networks of projects; instead of heads of functions, there are managers of increasingly complex projects that draw their resources from a pool of available competencies with no resource contention; instead of executives that fight for power, there is cooperative work that is in synch with the goal of the company. Instead of often-conflicting local indicators of performance, there is one single driver for everybody. An organization as a network is part of a network of networks. This realization, and the shift in mindset it requires, open up new opportunities and possibilities beyond individual companies for collaboration along entire supply chains.

Try it for yourself

How many VPs do you need in your company? Are all the activities and resources interconnected seamlessly? Are you 100% confident that you are achieving the full potential of all the resources available? Do you have a way of measuring and controlling company performance that reflects the entire organization? Is everyone focused on the goal of the company or are they distracted by local targets and achievements? Are you able to achieve “cross-functional” goals in a satisfying and effective way? 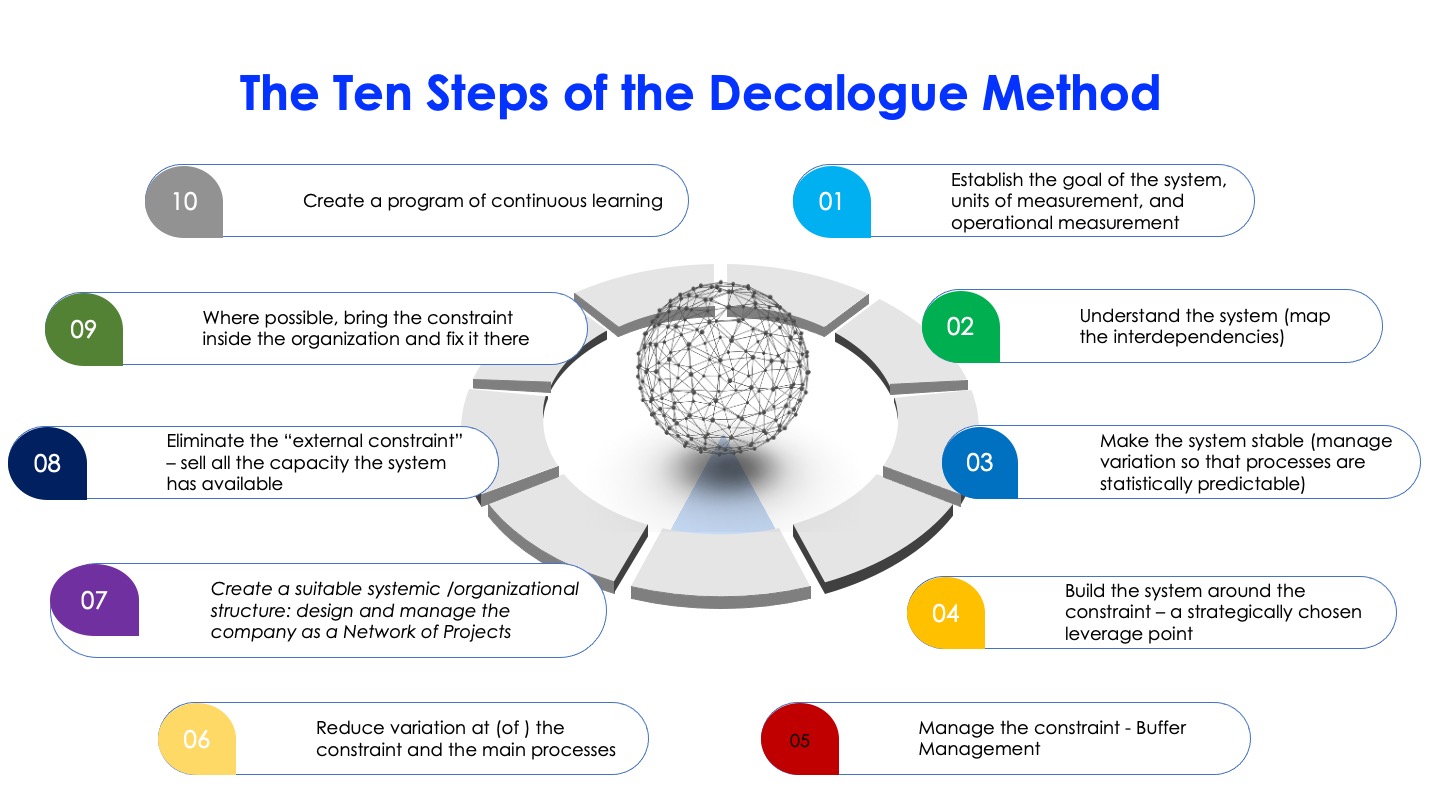 PREVIOUS POSTS IN THIS SERIES:

Leadership for Complex Times – A Systemic Approach to Management Part 5

Leading and Managing Change Effectively: It’s a Process that Includes You – A Systemic Approach Part 11

End Silos and Dissatisfaction: Learn to Operate as a Network of Projects Organization – A Systemic Approach Part 12