This website or its third-party tools use cookies which are necessary to its functioning and required to improve your experience. By clicking the consent button, you agree to allow the site to use, collect and/or store cookies.
Please click the consent button to view this website.
I accept
Deny cookies Go Back
You are here: Home / Systems Thinking / Can We Avoid Catastrophe with a Network Vision of Enterprises? 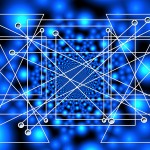 Reality is made up of networks. That’s what we’ve come to understand thanks to contemporary science. This is as true for biology and physics as it is for our social, political and economic reality. However, most organizations haven’t yet learned to catch up with this fact on a practical level.

What do we mean by a network, and how do networks behave?

There are various kinds of network in the real world. Some occur in nature, such as a beehive. Other networks are man-made, such as the London Underground. These networks are a collection of nodes that are all interconnected with various degrees of separation among them.

These ‘simple’ networks are not designed with a specific goal that affects how the nodes interact with each other. They simply allow connections to occur randomly. That’s why they are called ‘random’ networks. The statistical distribution that describes the probability with which these nodes are connected to each other follows a ‘normal’ Gaussian distribution i.e. the data cluster around the mean with a few outliers.

A different kind of network exists where the interconnection among the nodes is greater with some nodes than others. The nodes with more nodes connected to them are called hubs. These networks, known as ‘scale free’ networks, have a hierarchy consisting of ‘visited’ hubs and more isolated nodes.

The statistical distribution that describes the probability with which these nodes are connected to each other follows a Power Law. This distribution follows an inversely proportional relation: e.g. a tsunami twice as large as the one that occurred in Asia in 2004 would be four times as rare (less likely to occur) and a tsunami three times as large would be nine times as rare.

Understanding and managing organizations as networks

So what does that mean for organizations? When we examine an organization in the light of network theory, we are able to unveil its network-like nature. That means we can analyze its behaviour and development with a much deeper level of understanding. More importantly, we can consciously design, manage and operate the organization with a much higher level of optimization.

At Intelligent Management, we actively work with organizations by understanding them as networks. An organization can be viewed as a living, complex network with a precise goal. As such it has nodes and hubs and it exhibits emergent properties. These are new structures or behaviours that emerge spontaneously from interconnection. We know that we can optimize the performance of a system by choosing a constraint and subordinating the rest of the system to the constraint. We can therefore optimize the performance of our organization by designing it as a network of projects in which certain resources are the hubs/constraints.

A network of networks: what happens when a hub becomes too big?

But this is only one level of reality. At a deeper level, not only are enterprises networks within themselves, enterprises are networks within a network. In other words, no enterprise exists in isolation. It is interconnected, at various levels, with all the other human activities of the community it is part of, in a general sense, forming a complex network.

Having a network vision of enterprises means understanding these interactions and their implications. Every part of this network of networks is involved in some kind of exchange with other parts of the network. The form of this exchange can be various, including information, money, manpower, and goods. The dynamics of the interconnections, that is of the exchange of something with the other parts of the network, is also quite complex and inevitably changes over time, often in an unpredictable way.

The behavior of networks is intrinsically non-linear, and therefore not predictable. In a previous post, Why Physics is Crucial for Understanding Global Business: the Network of Corporations, we learned that there is a complex network that links thousands of multinational companies and corporations, including banks. Out of the thousands of companies studied, 147 control 40% of the global economy. The potential for a catastrophe to occur within a network of networks exists when one hub becomes too big in proportion to the rest of the nodes as this creates an intrinsic instability that can lead to the collapse of the entire network. Given that we have this knowledge, we have to think about how to prevent such a disaster happening. We will look at this further. Stay tuned!

For further information on Network Theory and Enterprises, see our book Sechel: Logic, Language and Tools to Manage Any Organization as a Network.