This website or its third-party tools use cookies which are necessary to its functioning and required to improve your experience. By clicking the consent button, you agree to allow the site to use, collect and/or store cookies.
Please click the consent button to view this website.
I accept
Deny cookies Go Back
You are here: Home / project management / How We Achieved Laser Focus and Acceleration in One Meeting (with a Prerequisite Tree ) 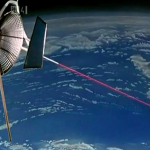 I recently participated in a meeting for an innovative digital project where speed is now of the essence.  We were able to surface assumptions that saved us endless conversations, weeks of delay and false starts based on misunderstandings. In that meeting I saw in action, yet again, the power of a Thinking Process Tool from the Theory of Constraints.

While the details are confidential, the gist  of the meeting was about onboarding an important resource who was at last ready to become actively involved. Up until that meeting, the leader of the project had made a series of assumptions about the motivation of that person and the role they would play. Thanks to the use of a Prerequisite Tree, those assumptions were quickly challenged and a major shift was achieved.

Before the meeting, the project leader, together with other key resources, had worked on a Prerequisite Tree to identify the key actions that would lead to achieving the first release of the project. The Prerequisite Tree is used in the deployment phase of a project and starts with identifying all the obstacles towards the goal, then transforming them into intermediate objectives. Those intermediate objectives are then sequenced towards the goal in an order that is based on which actions are prerequisites to others. It provides a very clear pathway that avoids working on the wrong thing at the wrong time.

Up until this meeting, discussions with the new resource had been very generic. When the new resource was shown this Prerequisite Tree, they were able to give their response to something extremely concrete and sequential. What quickly emerged was a considerable mismatch between what the new resource wanted to contribute and the assumptions the leader of the project had so far made about the role and motivation of that new resource.

Once this mismatch became clear, the conversation became instantly focused and realistic because everything about the project was out in the open. The Prerequisite Tree we built was far from being simply a “decision tree” or a list of actions. It was a deeply cohesive, systemic roadmap that was organically extracted from all the obstacles we perceived on our path to accomplishing the first release of the project. The tool provided complete transparency, both of the goal and what needed to be done to achieve that goal. It allowed everybody in the conversation to see clearly how the new resource could be involved in way that would satisfy everybody, without misunderstandings or cross-purposes.

Human endeavours are complex because we all have our own mental models and egos. By developing the Thinking Process Tools, Dr. Goldratt has given us a powerful means to reduce conflict and variation in communication, thus unleashing and accelerating the real potential of a group of people in their efforts towards a clearly identified goal. In that meeting, the project and everyone involved took an important step ahead. Although I have seen this happen countless times over 15 years, it is always a thrill to see clarity emerge where confusion and misunderstandings could have dominated.

For an example of building a Prerequisite Tree click here.

Angela Montgomery Ph.D. is Partner and Co-founder of Intelligent Management, founded by Dr. Domenico Lepore.  Angela’s new business novel+ website The Human Constraint looks at how Deming and the Theory of Constraints can create the organization of the future, based on collaboration, network and social innovation.